When guitarist Mick Jones was asked to leave the Clash in 1983, he formed Top Risk Action Company (T.R.A.C.), a band that soon folded. He then cofounded Big Audio Dynamite with filmmaker and musician Don Letts, who had directed a number of music videos for the Clash. The group’s debut album, This Is Big Audio Dynamite (1985), expanded on the sonic experimentation of the Clash’s Sandinista! (1980) and Combat Rock (1982), and continued Jones’s flirtations with disco, house, electronic pop, and other forms of music beyond punk rock.

Intervention Records has now reissued This Is Big Audio Dynamite on 180gm vinyl, pressed by RTI. Ryan K. Smith of Sterling Sound mastered the new edition, using what Intervention says is “the best analog tape currently available, a beautiful 1/4" 15-ips ‘cutting copy’ from 1985. This tape was used for the expanded Sony Legacy 2010 CD reissue, and as it’s either the only remaining or the best usable analog tape . . .” 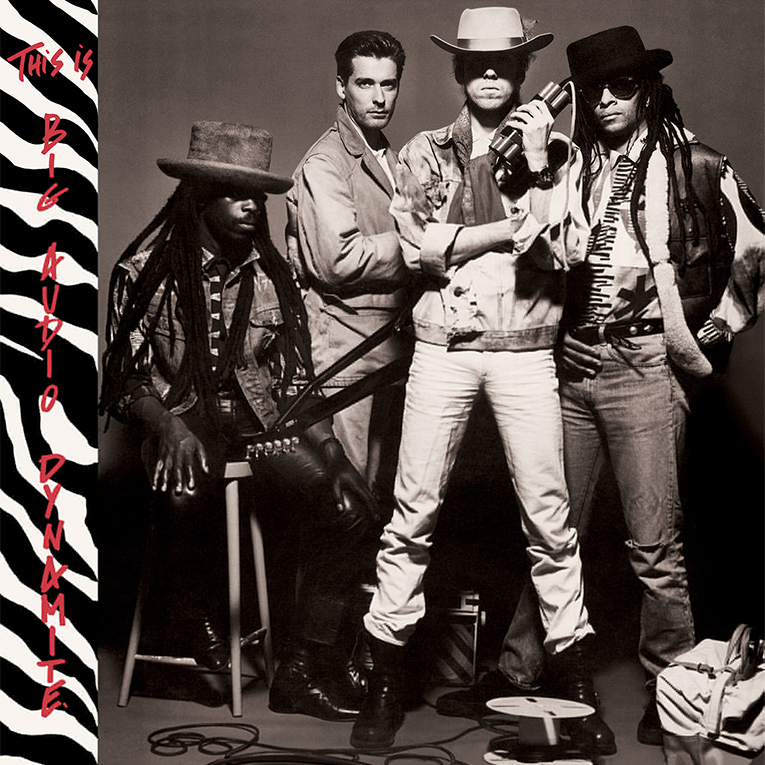 I compared the new pressing with the 1990 CD edition. The CD, less aggressively bright than the earliest pop CDs tended to be, is quite listenable overall, but remarkably flat compared to the new vinyl -- the music seems to stop at the speakers. Smith has revealed the width and depth of the original music, which brings the many elements of the recording more out in the open.

In “Medicine Show,” it’s easier to hear, and place on the soundstage, the electronic and live drums and keyboards, and Jones’s guitar tone is more fully fleshed out. Subtle keyboard accents come through the layered sound with more clarity, and the samples from various Sergio Leone films and The Treasure of the Sierra Madre, which seem to flatten against the wall on CD, now extend into the room. And the bottom end really blooms -- low-end drums, keyboard lines, and bass have much more impact and clarity.

The ear-grabbing keyboard riff that runs through “Sony” is more forceful on the new LP, with a slightly metallic tone that makes it even more compelling. The new pressing reveals even more percussion, which reaches farther into the room, to spread out and snap harder. The vocal samples from Nicolas Roeg films that Letts integrates into “E=MC2” also jump farther out of the speakers to pull me in, and the keyboard washes sound fuller and more complex.

I’m not sure I’d ever taken particular note of the delay Jones uses on his guitar on “A Party” until I’d heard this pressing, in which it’s revealed as an important part of the track’s overall sound. Throughout this remastering, percussion pops from the speakers with more force, bass reaches out to thump harder, keyboards have more texture and life, and the music widens and deepens to become more envelopingly three-dimensional. 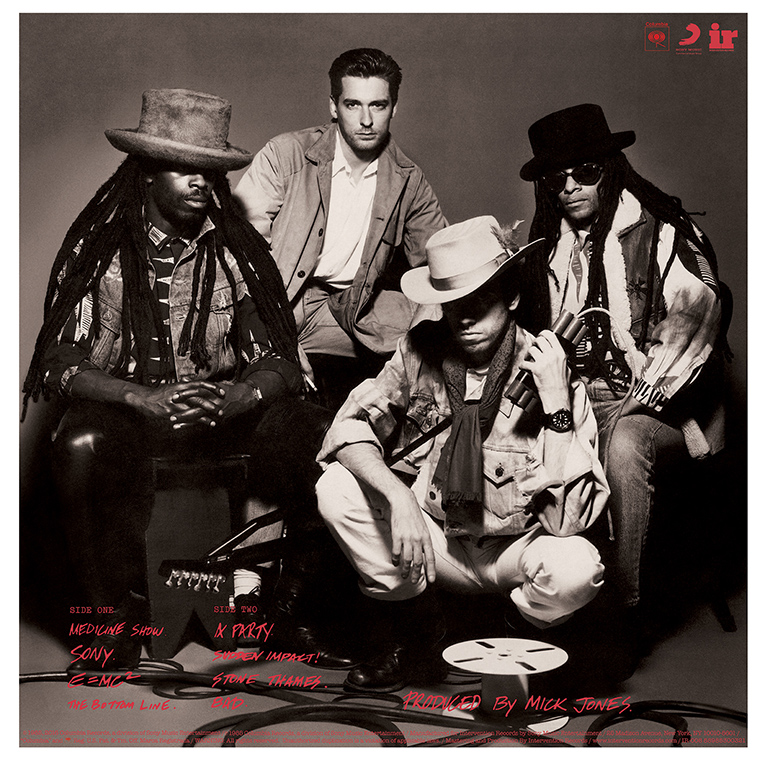 I hadn’t heard This Is Big Audio Dynamite in a while. Although its themes of corporatism and economic dislocation are still current, I’d assumed that the music is time bound -- very 1985. The big surprise, even when listening to the CD, is how fresh and startling it still is. Mick Jones could have easily formed another band like the Clash, but the sonic experiments he and Letts ushered in soon showed up on rock records by the Beastie Boys and Beck.

I’m glad Intervention is forthcoming about the source of the tape they used, but with results this good, the listener needn’t be concerned. Ryan K. Smith’s remastering brings to light so much detail from This Is Big Audio Dynamite that it’s as if we can now hear the album for the first time, and makes it clearer than ever how visionary this band was.