Chrissie Hynde released her first solo album, Stockholm, two years ago, but of the many records released under the Pretenders name since 1980, she’s the only constant. Hynde is the only original Pretender on Alone, but the album rocks as hard and tough as those from the band’s peak years, in the 1980s. Fellow Ohioan Dan Auerbach, of the Black Keys, produced Alone, and he gives it a vintage rock feel that ends up sounding utterly fresh.

The title track’s crunchy guitars and cocky attitude have the punch of early Pretenders records, but Leon Michels, one of three players Auerbach brought along from his side project, the Arcs, adds a great rock’n’roll piano line that gives it the feel of the ’70s Stones. But even with Auerbach’s distinctive, overdriven rhythm guitar, the album’s focus is Hynde’s singing -- with Auerbach’s help, she sounds like a rocker again.

Hynde’s voice is unmistakable, and when she utters an expletive near the end of “Alone,” it echoes “Precious,” the first song on the Pretenders’s first album, of 36 years ago. But Alone doesn’t only cover old ground. The pedal steel guitar in “Roadie Man,” courtesy Russ Pahl, is unique for the Pretenders, but the song’s low-end guitar riff and throbbing chords give it a solid pedigree of rock’n’roll. 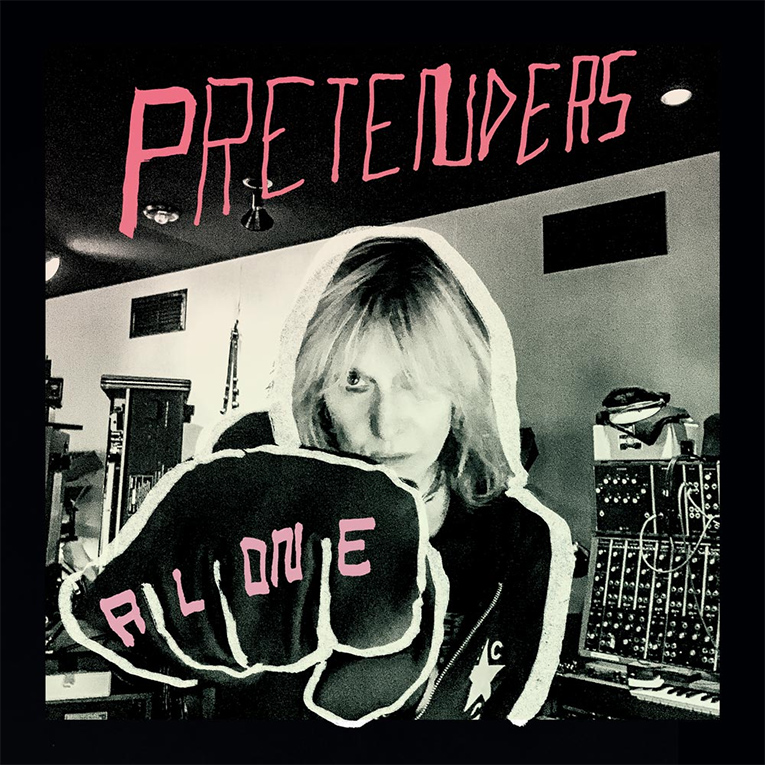 “Gotta Wait” also sounds like a track from Pretenders, thanks to Richard Swift’s slamming drums and a slashing solo from Auerbach, but many of the songs on Alone capture the spirit of that great band without merely copying them. The mid-tempo ballad “Never Be Together” is built around an ear-catching chord progression, and a terrific guitar line -- played by Duane Eddy, who’s now 78 -- that gives it the friendliness of old-time AM radio. Auerbach and guitarist Kenny Vaughan add echo-heavy slide guitars, and Eddy’s simply stated solo is movingly evocative.

Hynde wrote or co-wrote many of the songs on Alone, and “Let’s Get Lost” is a good example of what Auerbach’s production contributes to them. The swirling guitars and haunting pedal steel give this ballad an emotional heft that brings out a stirring, sincere performance from Hynde. In another track, the mostly acoustic “Blue Eyed Sky,” Michels plays an organ line that suffuses this ballad with an undercurrent of ’60s soul that keeps it from cloying.

“Death Is Not Enough” is yet another beautifully presented ballad, this one by Marek Rymaszewski, but Alone is not a mellow record. “Chord Lord” is full of cutting guitar chords and hard-thumping drums, “I Hate Myself” has a ’50s rock’n’roll vibe that Hynde pulls off with aplomb, and “Holy Commotion” is an odd, bouncy pop track with an oscillating synth and snaky guitars. Throughout Alone, Hynde is in strong, recharged voice, singing memorable songs that play to her vocal versatility.

Auerbach likes a big sound, and I had some problems with the last Black Keys disc, Turn Blue. Alone has plenty of grunge and bottom end, but Brian Lucey’s well-balanced mastering brings out the drive and excitement of the rockers while letting the subtleties of the ballads come through.

Stockholm was nicely presented but ultimately tame, and seemed to suggest that Chrissie Hynde was settling into a comfortable late career. Alone is a return to form, and the best Pretenders record since Learning to Crawl -- from 1984.