Guided by Voices: "Zeppelin Over China"

Robert Pollard has such a formidable recorded output, as both a solo artist and as leader of Guided by Voices, that it’s easy to take him for granted. If you’ve drifted away from the band, their last four albums are reason to return. The current lineup is the strongest since the band’s peak in the mid-2000s, and this new album, Zeppelin Over China, is one of their best. The descending riff that opens the first song, “Good Morning Sir,” is familiar -- Pollard’s used it before -- but this band sounds fresh and excited to be playing it.

Doug Gillard and Bobby Bare Jr. are two of the best guitarists Pollard has worked with, and they sound great on ZOC. Their guitars are big and loud in the harder-rocking tracks, more layered in the softer, more fluid moments. When the guitars hit low chords in “Step of the Wave,” they generate impressive rumble. Pollard’s music has the energy and unpredictability of alternative rock, combined with a tiny hint of prog-rock pretentiousness and a 1970s eagerness to please. The result is music that’s tuneful and easy to dance to, but edgy and often surprising.

“Carapace” is a solid slice of garage rock featuring snarling guitars and hard, snapping drumming from Kevin March. There’s just enough cowbell, thank you, which helps buoy the song along, but it’s the guitar picks striking muted strings that give this song rhythmic drive and that caught my ear. “Blurring the Contacts,” “Holy Rhythm,” and other tracks have the same breakneck rush of loud guitars in songs built on unexpected chord changes and strong hooks. 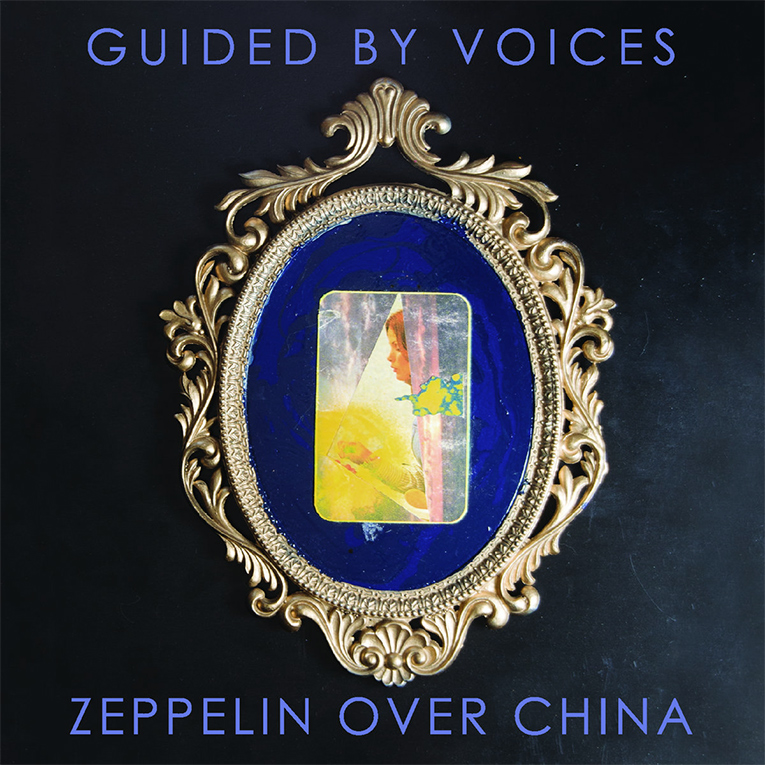 Zeppelin Over China isn’t all garage rock. Pollard sings “Everything’s Thrilling” accompanied only by guitars with a sparkling sound evocative of Pete Townshend’s playing on the early Who albums. The arpeggios in “Einstein’s Angel” wouldn’t have sounded out of place on R.E.M.’s first two albums, but this song’s sharper edge shows how Pollard can make familiar ideas his own. “The Hearing Department” is enriched by Gillard’s string arrangement, which underscores the ringing guitars. But the focus of each song is Pollard’s expressive voice -- impassioned in the rockers, restrained and emotionally expressive in more subdued tracks.

While there are echoes of all kinds of rock on ZOC, none of it feels recycled or derivative. Pollard’s faith in rock’n’roll as a renewable source of inspiration is reassuring, and his willingness to try anything feels brave and uncalculated. And in an album of 32 tracks with a total playing time of 74:23, there’s a lot of music to take in. Thirteen of them come in at under two minutes each, and none feels like a throwaway -- even the 39-second title track, which gave me a moment to absorb what I’d heard so far before moving on. The consistency and surprise sustained through this album’s considerable length is remarkable.

Travis Harrison, who produced, engineered, mixed, and mastered Zeppelin Over China, has captured the growl of the guitars in the heavier tracks and their bright sharpness in others, while giving full weight to Mark Shue’s bass and March’s drums. Voices are solidly placed and vocal harmonies are cleanly presented. Apparently, Guided by Voices plans to release a second new album this year. Another disc as strong as this would be welcome -- I just hope Pollard doesn’t spread himself too thin.