Ben Goldwasser and Andrew VanWyngarden formed a band in 2002, while attending Wesleyan University, in Connecticut. They called it the Management, but because another group was already using that name, they changed it to MGMT. Both men are multi-instrumentalists, but they’ve used additional musicians in the studio and on tour since their second album, Congratulations (2010).

Dave Fridmann, known for his work with Flaming Lips, Mercury Rev, and many others, helped MGMT produce their first album, Oracular Spectacular (2008), and their fourth, MGMT (2013). Neither sounded like Flaming Lips, but they did show a tendency toward that band’s likable eccentricity and sonic strangeness. For their fifth album, Little Dark Age, MGMT and Fridmann are joined by coproducer Patrick Wimberly. 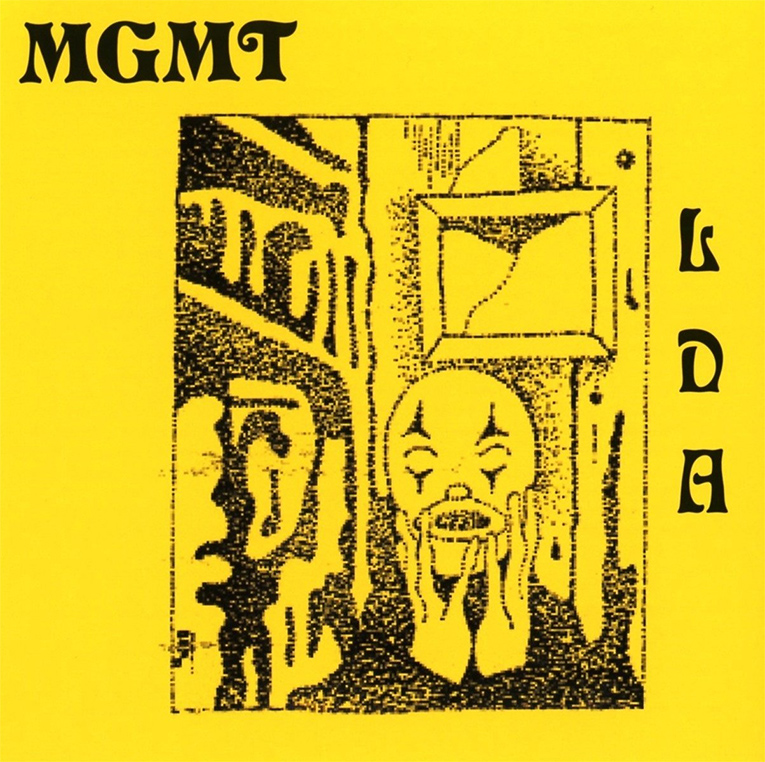 Wimberly has produced best-selling recordings by Beyoncé and Solange, and Little Dark Age feels a bit like an attempt to broaden MGMT’s appeal. It’s sunnier sounding than MGMT, but disquiet lurks beneath its gleaming surfaces. “She Works Out Too Much” is full of exuberant synths and has an irresistible melody, but its words tell a different story: “I’m constantly swiping and tapping / It’s never relaxing / I need a new routine.” Toward the end, its infectious groove is aided by a synth horn line that reveals a smile through the gloom.

The bouncy synths and drum machines in the chorus of the title track pulled me back to the 1980s and such bands as the Human League, but the accompaniment in the verses is dark and ominous, which serves to highlight the vivid, sometimes frightening lyrics. “The Ruins of the day / painted with a scar,” VanWyngarden sings -- his words are often full of such stark imagery.

“Hand It Over” could be about MGMT’s experiences in the music business, but such lines as “What’s yours is mine / Mm make it right / and give me what’s mine” could as easily have come from the mouths of the disenfranchised in America’s Rust Belt. It’s a gorgeous, richly layered ballad, the sort of thing John Lennon might have done had he lived long enough to experiment with synths. Most of the tracks on Little Dark Age show inspiration from musicians old and new -- Tame Impala here, a bit of Erasure there, splashes of Todd Rundgren throughout, Giorgio Moroder everywhere. 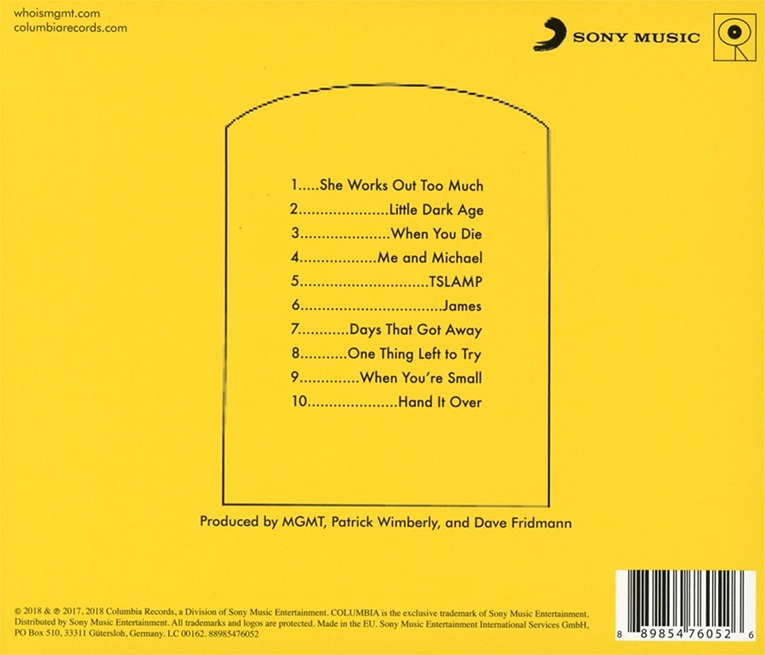 Despite all these influences, MGMT carves out its own identity on Little Dark Age. This thoughtful and challenging album looks at the impact of technology on modern life, but two of its most affecting songs, “Me and Michael” and “James,” are about friendship. While Congratulations and MGMT were perhaps less approachable but more distinctive, the tunefulness of Little Dark Age masks a complexity that reveals itself over repeated hearings.

The sonic playfulness aside, the Flaming Lips oddly don’t stand out as an influence, but Fridmann’s touch is audible in this album’s complex layers of sound, which invite you to keep coming back to unwrap its many gifts. The deep, rich soundstages of the recording spread out and register. Little Dark Age may be a bid for a bigger audience for MGMT, but either way, it’s well crafted, musically and lyrically witty, and highly enjoyable.