“I’ve always wanted to do a recording that focused more on the blues,” Son Volt’s Jay Farrar told Relix about his band’s new album, Notes of Blue. Farrar names other inspirations for the album, including Nick Drake and Jackson C. Frank, but his own songwriting voice is so strong, and he’s so thoroughly absorbed and digested his influences, that Notes of Blue stands on its own. Son Volt’s last album, Honky Tonk (2013), was built around acoustic guitars and real country music. This time around, Farrar mixes things up while remaining true to his roots in blues, country, and rock’n’roll.

Jason Kardong’s pedal steel guitar blends with Gary Hunt’s fiddle to give “Promise the World” a mournful tone, Farrar’s simple acoustic-guitar accompaniment providing structure and rhythmic foundation. Farrar’s heartfelt singing conveys his words’ emotional complexity, which acknowledges difficult times but counsels that “In the end it matters, it’s worth the fight / There will be damage and there will be hell to pay / Light after darkness, that is the way.” 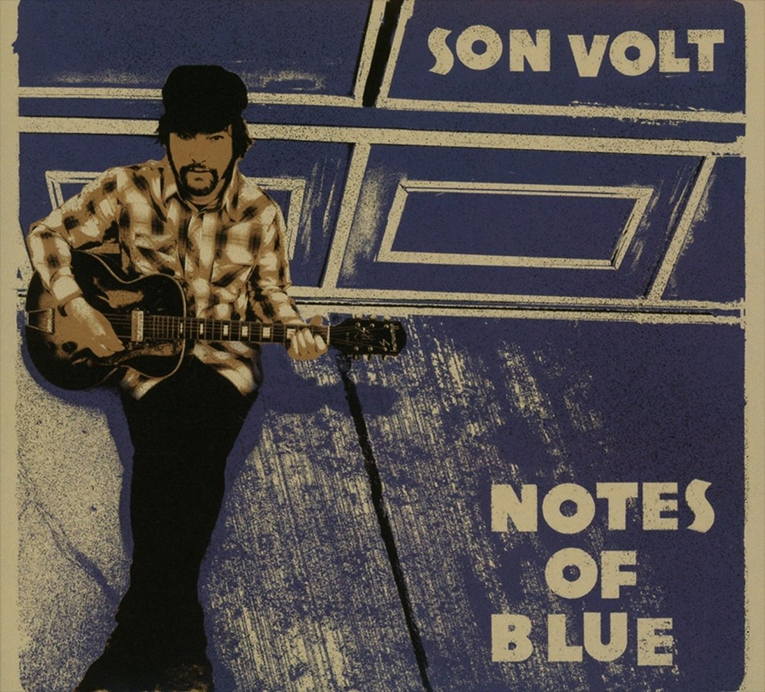 Farrar, who wrote all of the album’s ten songs, is in good populist voice in “Back Against the Wall,” whose bracing, uplifting lyrics contain echoes of Woody Guthrie, Bruce Springsteen, and Jackson Browne: “What survives the long cold winter / Will be stronger and can’t be undone.” A searing, overdriven pedal-steel solo sharpens the edge of the song’s undercurrent of protest. Farrar’s voice doesn’t push the message, but conveys a sadness that the fight must continue, as well as the determination to continue it.

The most overtly blues-influenced track on Notes of Blue is “The Storm,” with fine, open-tuned acoustic finger picking from Farrar, and sensitive and beautiful accompaniment from Mark Spencer on slide Dobro. Farrar’s vocal is pitch perfect, expressive of emotion but restrained. “Cairo and Southern,” another blues-toned acoustic ballad, builds in intensity, small instrumental touches added as the performance develops. Spencer’s light piano chords and Farrar’s guitar playing establish the feel, but the rest of the band adds small details that create a hauntingly atmospheric track.

“Static” is 2:31 of roaring, distorted guitar rock, one of several tunes on which Son Volt turns up the volume. “Lost Souls” gives drummer Jacob Edwards a chance to cut loose, and Farrar’s voice rides easily over the overheated guitars. “Midnight” has an older rock’n’roll sound courtesy Farrar’s tremolo-heavy guitar, and “Sinking Down” channels blues bands of the 1960s. Throughout Notes of Blue, Son Volt’s versatility is in evidence in the different strains of music embodied in these songs, but the album never feels forced or patched together. 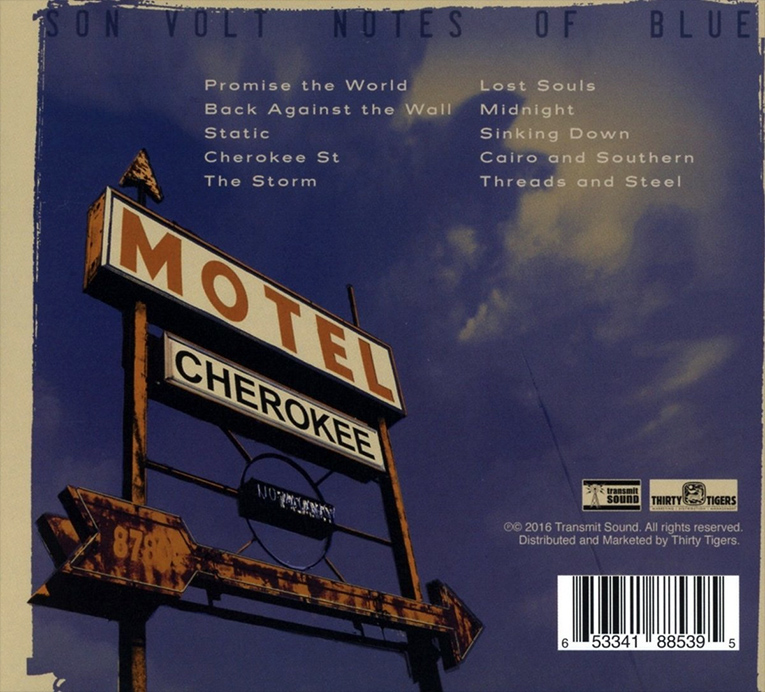 Son Volt changes personnel often, but the musicians on Notes of Blue play confidently. Drummer Edwards and bassist Spencer provide precisely what’s needed without calling attention to themselves. Spencer plays other instruments throughout, and adds something important to nearly every track. Gary Hunt’s backing vocals are often key to making a song more effective, but it’s Farrar’s lead vocals that stand out. He’s an expressive and mature singer who conveys honest emotion.

Notes of Blue is the work of a confident, established musician, songwriter, and bandleader. At first hearing, it doesn’t seem as determined to make itself heard as other Son Volt albums, its strengths revealing themselves slowly over time. I wish the sound were less compressed -- the subtleties of the music deserve more space in which to unfold themselves. Nonetheless, Notes of Blue is a solid addition to the Son Volt discography.