For more than 35 years, Joe Jackson has refused to be pigeonholed, making records that embrace everything from new-wave rock (Look Sharp! and I’m the Man, both from 1979) to the Latin-jazz influences that crop up on Night and Day (1982) and Body and Soul (1984). He’s recorded a uniquely orchestrated Symphony No.1 (1999), a tribute to Duke Ellington (The Duke, 2012), and a collection of jump-blues tunes.

Jackson’s adventurousness has long been reflected in his pop recordings, which are sophisticated but accessible, hard to categorize but easy to enjoy. His latest, Fast Forward, is his first collection of new tunes since Rain (2008), and it shows that his ability to create melodies that stay with you hasn’t diminished. 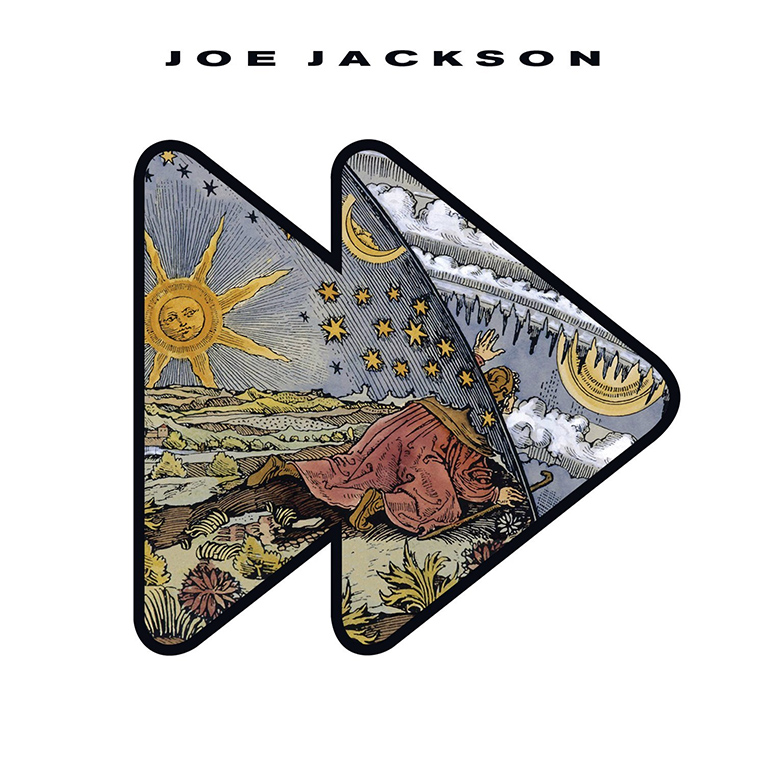 The New York section of the album opens with the title track, which finds Jackson musing about the confusion and uncertainty of modern life. The rush of images and words is accompanied by a strong melody, and Jackson’s beautifully delivered piano playing. Violinist Regina Carter plays a moving counterpoint to Jackson’s voice in the bridge.

“A Little Smile,” from the Amsterdam sessions, has a Motown vibe, and a strong chorus driven along by Aram Kersbergen’s thumping bass line. A brief interlude from a string quartet creates a hint of class without pushing the track into pretentiousness, and Jackson’s piano gives the song its structure with a simple series of chords in the verse that leads dramatically into the chorus.

From Berlin, “The Blue Time” is reminiscent of Jackson’s best ballads from the 1980s, while “If I Could See Your Face” wraps its condemnation of Islamic extremism in the smart, hard-edged rock that made Big World (1986) such a solid record. Jackson may have mellowed with age, but some things can still raise his ire. 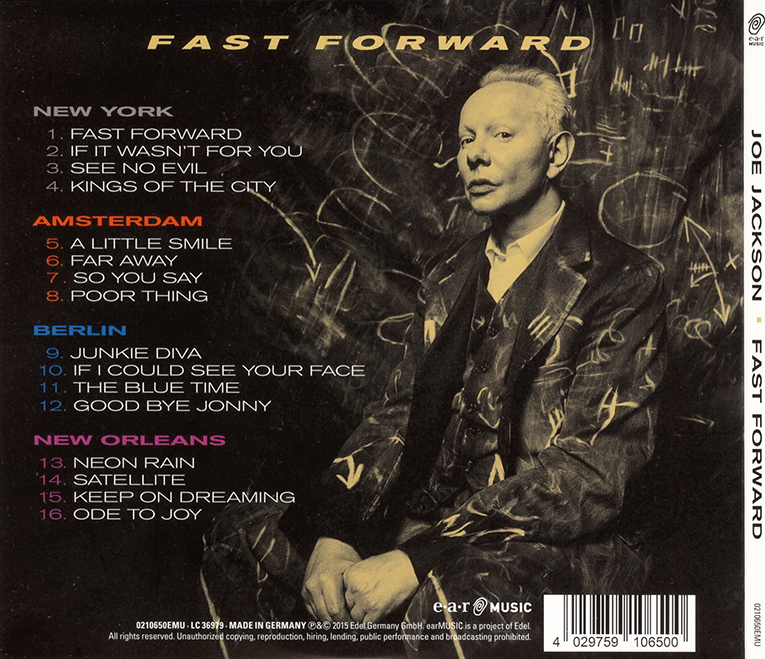 Drummer Stanton Moore brings a hard snap to the New Orleans sessions, which have a giddy ease that comes from Moore’s flowing sense of time and bassist Robert Mercurio’s well-developed lines. “Neon Rain” is the kind of hard-rocking track that Jackson can probably toss off effortlessly these days, but “Ode to Joy” is an exhilarating surprise even as it quotes Beethoven’s familiar melody.

Another surprise is a cover of Television’s “See No Evil,” from the New York sessions, that features a great, spikey solo from Bill Frisell. In Berlin, Jackson covers a German tune from the late ’30s, “Good Bye Jonny.” It’s such eclecticism that has made Jackson’s recordings so consistently challenging and enjoyable.

Fast Forward brings together the many styles Jackson has mastered, from the driving rock of his early days to the genre-defying pop that has defined him since 1982 and Night and Day. But it never feels as if he’s repeating himself or revisiting past glories. At a stage in his career when he could easily coast or get stuck on hold, Joe Jackson just keeps getting better.