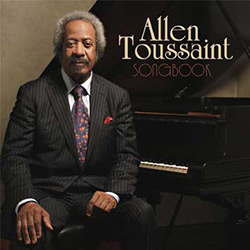 Allen Toussaint’s name is familiar to anyone who has followed popular music since the 1960s. He made his first record in 1958, but hit his stride in the next few years when his songs were recorded by Ernie K-Doe, Irma Thomas, Aaron Neville, and other New Orleans singers. His piano playing graced recordings by Lee Dorsey, Chris Kenner, and others, and in the ’70s he produced records by the Meters and Dr. John, and worked with artists as diverse as Robert Palmer and Paul McCartney. Many rock fans know him from the horn arrangements he wrote for several of the Band’s projects, including Rock of Ages and The Last Waltz.

In 2006, Toussaint collaborated with Elvis Costello on The River in Reverse, an album that brought further acclaim to both. They recorded part of the disc in New Orleans, in sessions that were among the first done there following Hurricane Katrina. Toussaint had moved to New York by that time, waiting until his house had been rebuilt before returning to New Orleans. He began a residency at Joe’s Pub, on Lafayette Street in New York, where in 2009 he recorded the performances that comprise this set. The deluxe two-disc version, the subject of this review, includes a CD and a DVD of Toussaint at the piano, singing his own songs and “Saint James Infirmary,” a New Orleans classic.

Toussaint was 71 when these songs were recorded; his rich baritone carries the 23 tunes on the CD and DVD with ease and authority. He never pushes or oversells, because he knows the songs tell his story. The O’Jays and Benny Spellman both had hits with “Lipstick Traces.” Toussaint’s years of experience give the song more gravity, but also a touch of humor. He notes that “Get Out of My Life, Woman” has been recorded more times than any of his other tunes, then turns in a rollicking version that outshines them all. He introduces “Brickyard Blues,” a song he wrote for British singer Frankie Miller, with a fond reminiscence of Miller, and the song is so catchy you find yourself wondering why it wasn’t a bigger hit.

While Toussaint sings with restraint, he plays piano with drive and enthusiasm, and the results are frequently astonishing. His long, rolling chords show the influence of other New Orleans players, especially Professor Longhair, but he plays even the most complex lines with a light touch that leaves some space. He also has an arranger’s ear, evoking horn lines and more in tunes like “Who’s Gonna Help Brother Get Further” and “We Are America/Yes We Can.” In a monologue during “Southern Nights,” he paints a picture of the beauty and history of growing up in the South, his piano creating a dramatic backdrop to stories of his family’s trips to visit older relatives.

The DVD includes a studio interview with Toussaint, a backstage interview, and performance footage. Toussaint talks about how some of his songs came to be written and recorded, and shares stories of some of the singers he worked with, such as Lee Dorsey. The performance is intimately filmed, and watching him spin out exciting melodies on the piano with apparent ease is one of the disc’s great pleasures. Both discs are cleanly recorded and bring you in close to Toussaint, but I wish they more convincingly portrayed the dimensions of Joe’s Pub. Even so, Songbook is a very enjoyable self-portrait by a master.