Other Lives: "For Their Love"

Like their labelmates My Morning Jacket, the Oklahoma band Other Lives defies easy categorization. They’re less guitar-driven than Jacket, though even that band doesn’t hesitate to use other instruments to expand their musical palette. Other Lives arranges many of their songs for strings, and shows an affection for a broad range of music that includes 1960s orchestral pop and Ennio Morricone’s film scores. The result is stylistically fluid and sounds, at its best, as unique as it does familiar.

Their fourth album, For Their Love, sounds original even as influences reveal themselves. “Sound of Violence” has a slight feel of Americana, but the strings have the lush grandness of Glen Campbell’s late-1960s recordings of Jimmy Webb’s “By the Time I Get to Phoenix” and “Wichita Lineman.” Jesse Tabish’s lead vocal is wise and calm, and the harmonies sung by his wife, Kim, give this performance an ethereal quality. Tabish’s short, low-toned guitar solo is something Campbell might have played had he been invited to sit in on a Morricone session.

Tabish has described For Their Love as “a record reflecting human feeling in the current state of affairs.” The string and vocal arrangement for “Lost Day” echoes the sense of ambivalence about spiritual longing that Tabish expresses in the refrain: “It’s a lost day, man, for the newborn seeker.” Halfway through, the strings evoke the soundtracks of Bollywood dance productions, and the song pulls between faith and reason.

The lengthy instrumental opening of “All Eyes -- For Their Love” sets a dramatic mood in the manner of Morricone’s music for Sergio Leone’s films, then shifts into a section that wouldn’t be out of place on a 5th Dimension single. As it picks up in tempo and takes shape as Tabish sings, details emerge and begin to build: a wordless vocal accompanies Tabish’s voice, strings whirl around him, percussion clicks and echoes. The lyrics look at the compromises we make to be accepted by others. Rather than a chorus, there’s a simple three-word refrain of “All in denial,” Kim Tabish’s harmony vocal giving it a haunting, celestial air. 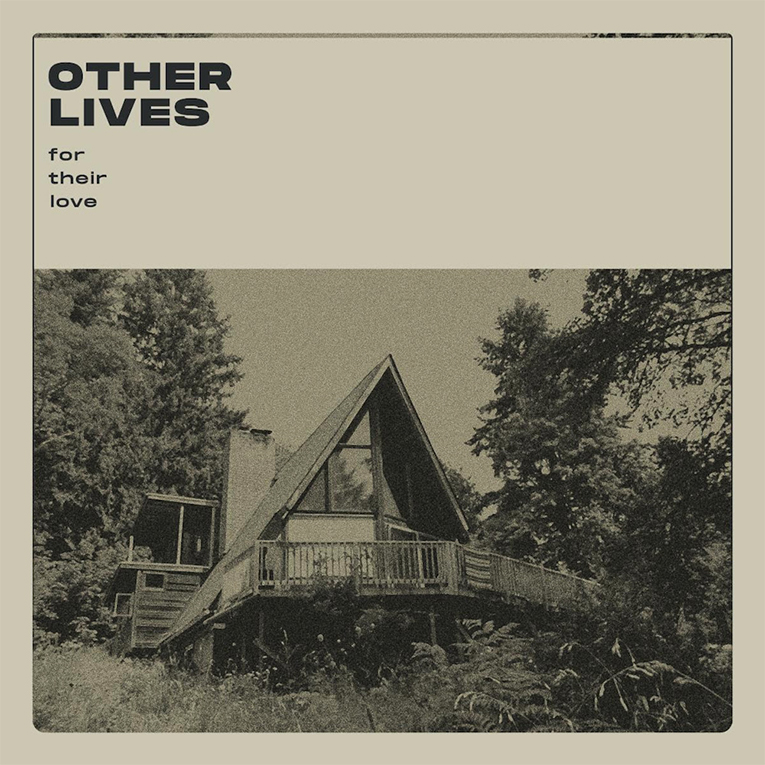 I often felt it was best to let Jesse Tabish’s voice and the songs’ arrangements guide me to the meanings of the often indirect lyrics, but even the more straightforward messages are aided by how these songs are presented. The emotion in Tabish’s voice gives the menacing, Kafka-esque “Cops” its force, and the interactions of layers of instruments create a feeling of dread. “We Wait” carries the burden of Tabish’s grief over the death of a friend, his anguish reinforced by the depth and beauty of the arrangement.

The core trio of Other Lives comprises Tabish, Jonathon Mooney, and Josh Onstott. All are multi-instrumentalists, and the accumulations of sounds and textures they provide give each song its distinctive qualities. Mooney’s marimba in “We Wait” adds a touch of sadness, and Onstott’s harmonium gives it an old-church spirituality. Throughout the album, Kim Tabish’s singing brings a new dimension to the group’s sound that fills out and intensifies these songs.

For Their Love is more densely packed than previous Other Lives albums, and Tabish’s voice is farther out front. The album was recorded in an A-frame cabin in Oregon’s Cooper Mountain region, where the Tabishes now live. The Phil Spector-esque amount of detail on the recording and the heavy reverb make it an exciting listen that reveals new details with each hearing.

But with so much going on, it’s probably a good thing that the album is only 36 minutes long. When I played it in my car and at my writing desk, I thought its sound was bright, but on the system where I do my serious listening, it sounded well-balanced. Onstott’s strong bass lines and new member Danny Reisch’s effective and understated drumming and percussion register clearly.

While Tabish’s lyrics often capture this paranoid moment in time, “Sideways” ends For Their Love with a ray of hope: “It’s a cold night,” he sings, “but it’s bright ’cause you’re the one.” For Their Love may at times seem a bit overstuffed, but more often it hits its marks, and gets high grades for ambition.