Nap Eyes: "Snapshot of a Beginner"

The rock quartet Nap Eyes, from Halifax, Nova Scotia, has been around since 2011 and released their first album, Whine of the Mystic, in 2014. Singer Nigel Chapman owes something to Lou Reed, both in his vocal phrasing and in the sophistication of his lyrics, and Nap Eyes has a knack for setting those words to surprising chord changes and ear-catching melodies, all with a garage-rock sensibility. In short, this band writes good songs.

Nap Eyes’ fourth album, Snapshot of a Beginner, is more intricately arranged than its predecessors, a richness that highlights the band’s songwriting skills. In “So Tired,” Chapman begins the album by addressing himself: “Nigel, you’re so scared,” he sings, “of people trying to control your life / and criticize you.” Guitarist Brad Loughead’s slide chords lend a touch of melancholy as Chapman sings of the responsibility and difficulty of being an artist, and Loughead’s ripping guitar solo mid-song underlines the singer’s frustration while adding a tone of defiance.

Chapman is the band’s chief lyricist, but the words of “Mark Zuckerberg” are by Caleb Glasser of Fake Buildings, another Halifax band. Crunchy guitars rub up against shimmering arpeggios and a Mellotron, all in service to an unforgettable melody. After two verses pondering the mysteries of Mr. Zuckerberg, the song slows and the arrangement becomes simpler as Chapman sings, “Transcendence is all around us.” The song’s last minute or so is itself transcendent. 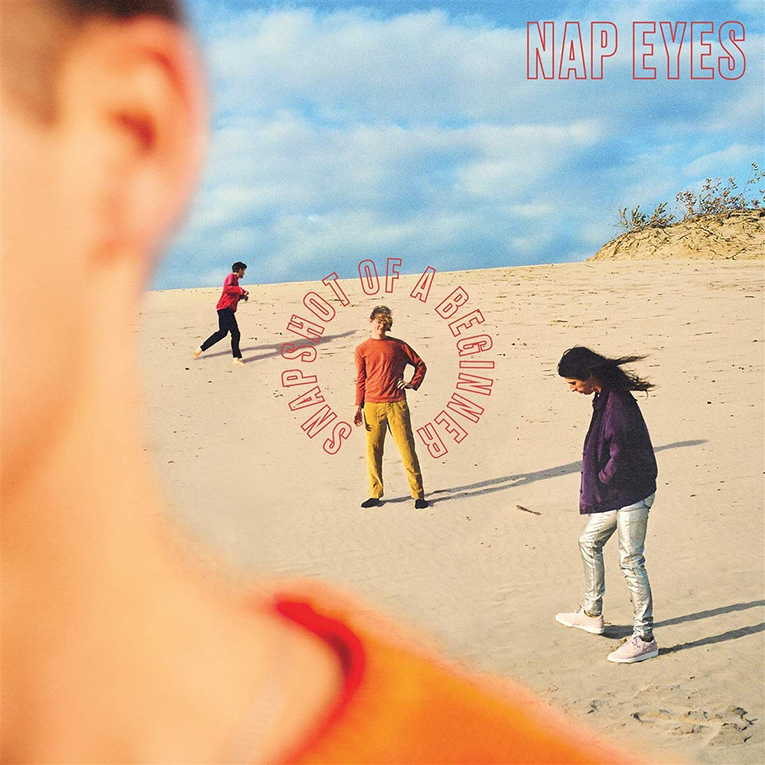 Otherwise, it’s Chapman’s lyrics that drive these songs. And just when his navel gazing is in danger of wearing thin, he’ll do something unexpected -- as in “Dark Link,” where he finds deep meaning in the characters and actions of the video game The Legend of Zelda. “Though I Wish I Could” might be one too many songs on this album about the rigors of songwriting, but it begins with a witty description of why Chapman avoids certain guitar chords.

For a band whose leader has such intellectual ambitions, Nap Eyes is adept at writing songs that remain firmly lodged in memory. “Primordial Soup” takes a compressed view of biology, religion, and philosophy, and how Chapman’s study of them has affected him -- but it’s Loughead’s sprightly guitar figures, helped by Seamus Dalton’s martial drum beat and Josh Salter’s snappy bass line, that keep the song afloat. “If You Were in Prison” states the obvious -- “You wouldn’t like it one bit / to be in prison” -- and the cutting, densely multitracked guitars, slamming snare drum, and thumping bass make the point even better than do Chapman’s words.

In “Real Thoughts,” by far the longest track on the album at 7:45, Chapman sings of the difference between the images we try to project and the real persons inside us. It begins with two guitars playing a riff in harmony across the left and right channels, then leads to a two-chord progression on acoustic guitar. Chapman sings calmly, the mix steadily growing and filling in with the additions of electric-guitar chords, keyboards, an EBow solo, and other elements -- it all adds up to an impressive tour de force of playing. 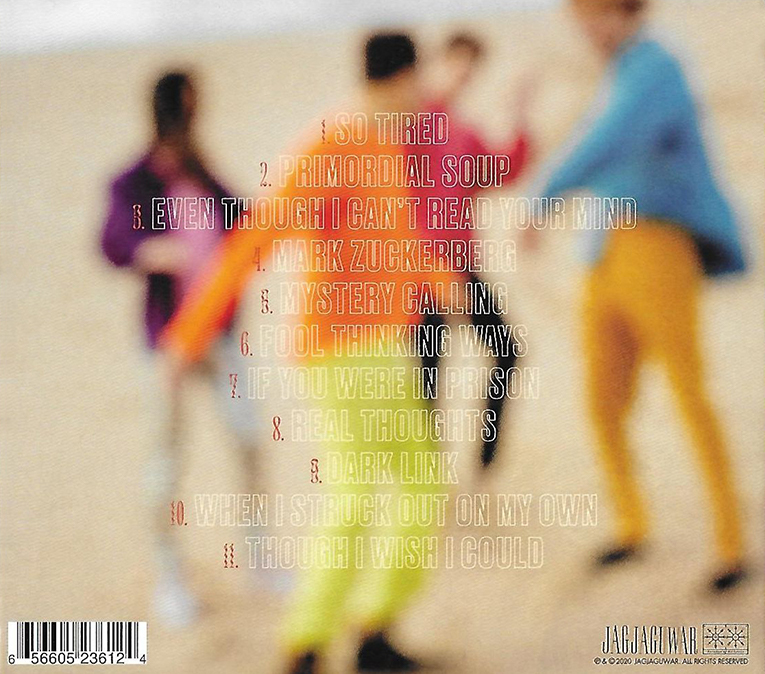 Co-producers James Elkington and Jonathan Low bear much responsibility for adding layers to Nap Eyes’ sound on this album. Low has worked with many artists as an engineer and/or mixer and/or producer, including the National and Kurt Vile; Elkington has produced albums by Joan Shelley, Steve Gunn, Eleventh Dream Day (of which he’s a member), and others, and has released half a dozen albums under his own name. Elkington also plays guitar, pedal steel, and keyboards here, and his contributions add considerably to the fullness of the album’s sound.

Those contributions serve only to enhance the music of a band of already formidable talents whose other albums, though less ornate, have always boasted strong songs and playing. And while Elkington and Low bring to Nap Eyes a new level of refinement, they haven’t improved on what the band has done so far so much as expanded on it and given it more weight.

Snapshot of a Beginner is smart and tuneful. A few more albums like this and En Attendant Ana’s Juillet, and I may have more hope for the future of pop music.