The Importance of Perspective: Choosing Products of the Year

As far as I was concerned, it was a foregone conclusion. In June 2014, I’d sent off to Jeff Fritz, SoundStage!’s editor-in-chief, my review of the Devialet 120 ($6495 USD), that epic integrated amplifier-DAC. The review concluded with this statement: “it is the single most impressive audio product I’ve ever spent time with.” I then sent the fingerprint-friendly French amp to Jeff so that he, in his obscene listening room, could judge for himself whether this little 12.5-pound device lived up to my billing. At the time, he was rocking Ayre Acoustics MX-R monoblocks and KX-R preamp, and Magico Q7 loudspeakers -- his system cost well in excess of $200,000. The odds of the Devialet impressing the stony North Carolinian were, to be fair, slim. 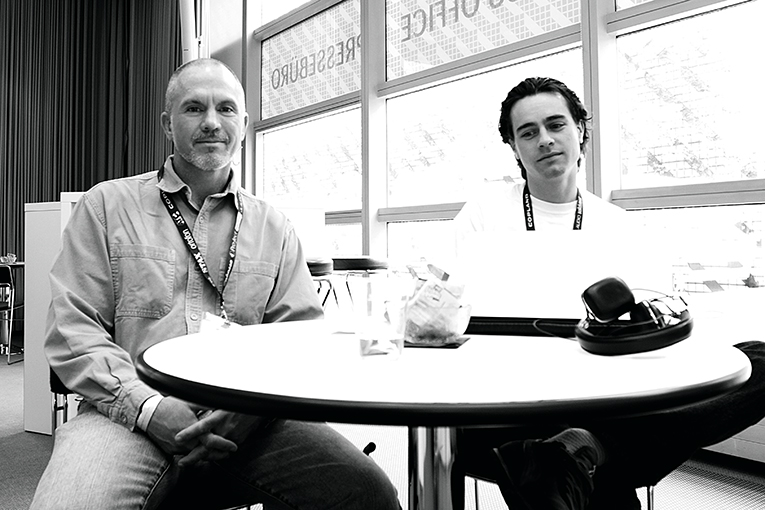 Next month, Jeff wrote a column detailing his time with the Devialet 120, in which he stated: “But the fact of the matter is that the Devialet 120 produced a quality of sound that I’d never before heard. Nor did I have to strain to hear it. . . . My advice: Don’t go near one of these things without being prepared to buy it. It’ll ruin you for anything else.” Jeff then proceeded to get a pair of Devialet 400 mono integrated amplifier-DACs ($17,495/pair). In his review, he declared that “the Devialet 400s produced the best sound I’ve ever heard.”

Fair enough, I thought. Configured as monoblocks, the Devialet 400 produces one-quarter the total harmonic distortion of the Devialet 120, and has a superior signal/noise ratio: 133 vs. 130dB. In Jeff’s übersystem in his storied Music Vault, those differences may well be audible. Nonetheless, you’d assume that the 120 would still be a shoe-in for one of our Product of the Year (POTY) awards, seeing as it cost little more than one-third the price of a pair of 400s, and produced sound quality as near as makes no difference.

You’d assume wrong. Last November, when I read the e-mail announcing that the 400 would receive a POTY award and the 120 would not, I just about fell off my chair. It’s not an ego thing. I wouldn’t be bothered if not a single one of the products I reviewed very positively in a given year was selected as a Product of the Year. When I review a component, it’s all about that product and, specifically, that review -- nothing more, nothing less. That’s the philosophy that SoundStage!’s publisher, Doug Schneider, and Jeff Fritz would adopt in making their selections last year. Still, when the 120 didn’t make the cut, I couldn’t believe it.

I waited until the first good opportunity to voice my opinion on the sleight: last May, in Munich, immediately on seeing Jeff enter the hotel where we were staying while attending the annual High End show. Jetlagged, desperately in need of a shower and a workout, and not interested in being embroiled in a debate before he’d even gotten his luggage into his room, Jeff brushed me off. Diving headlong into covering High End, I never quite got the answer I was looking for from Jeff or Doug. Still, my thoughts had been heard, even if well after the difficult deliberations for Product of the Year had been concluded.

This year will be a little different: I’ve been roped into those deliberations. I don’t expect much to change -- the three of us generally see eye to eye to eye -- but each of us has his own philosophy. Jeff is big on absolute performance and artisan-level craftsmanship. He likes military-grade build quality, and is partial to gear that approaches the state of the art. Often but not always, it’s the top-dollar products that possess these qualities. Doug tends to appreciate gear that not only offers excellent performance, but is also imbued with innovative aesthetic or design choices. A whole-package kind of guy, he likes the idea of a product that’s terrific from top to bottom, is reasonably priced, has no shortcomings, and whose manufacturer offers significant support should something go awry.

I, fittingly, am a value-for-dollar guy. Last month I raved about Oppo Digital’s HA-2 headphone amplifier-DAC ($299), despite the fact that its sound quality isn’t anywhere near world beating. In June I drooled over Benchmark Media Systems’ AHB2 amplifier ($2995) for its obnoxiously good sound, despite the fact that it looks as if it was designed before the fall of the Berlin Wall, and that using the connections on its rear panel is an exercise in dexterity -- it’s clearly a workhorse, not a show pony. Or how about the cumbersomely named Paradigm Reference Prestige 95F loudspeakers ($4998/pair; February 2015), whose epic Midnight Cherry finish and pounding bass response were offset by a two-and-a-half-way driver arrangement and a contoured sonic profile?

Despite being encumbered by a multitude of compromises in design, materials, and manufacturing to meet their cost targets, each of these products is sublime in its own way. It’s the challenge of how best to balance such compromises that every audio-project manager faces, and this challenge is far more acute in the price range that is SoundStage! Access’s beat than it is in the price ranges covered by any of our sister sites.

The products I mention in this editorial, along with many others we reviewed this year, are in contention to earn the finest praise we at the SoundStage! Network can bestow. Check back with us on January 1 to see what made the grade. Based on the current draft of the Products of the Year list that Doug, Jeff, and I are batting back and forth, it’s looking to be a knockout bunch of winners. And if you see quite a number of components that you (and I) can actually afford, don’t be surprised.