The Next Generation of Affordable Loudspeakers

These were the words of SoundStage! Network publisher Doug Schneider when he suggested that I take the reins of SoundStage! Access. I was then a newcomer to audio reviewing, and my view of the audio universe was akin to Ptolemy’s geocentric model of the solar system: The best equipment was the most expensive equipment. Obviously. To me, that made a deeply intuitive sense. I assumed that Doug was just trying to make me feel good about reviewing what was, from my vantage, super-unexciting gear based on technologies trickled down -- and, I assumed, watered down -- from high-end audio’s loftier slopes. 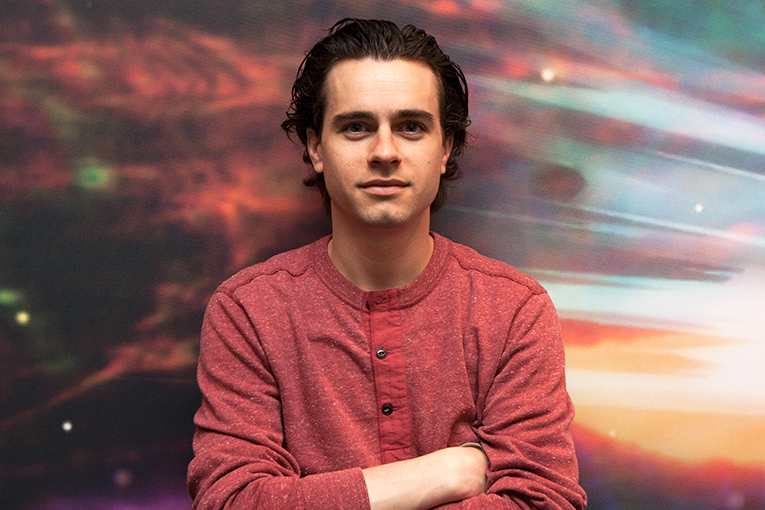 Since then, I’ve reviewed a panoply of products of wildly varying prices, and my views of audiophile gear have undergone a serious makeover. I’ve found a bounty of full-range loudspeakers and a raft full of integrated amplifier-DACs, each for about $5000 USD, whose excellence took me by surprise. Each of these components was just a stone’s throw from reference-level sound -- and Devialet’s 120 ($6495) is a reference-caliber component.

But such models represent only the upper end of my beat. Products costing around $1500 -- particularly speakers -- still seemed cheap to me in ways other than their low prices: the vinyl wrap, the pedestrian looks, and, most important, sound that was unmistakably good but never great. All of that is now beginning to change, and in a big way. It’s taken some time, but I’m now enjoying my own little Copernican Revolution of the audio variety. 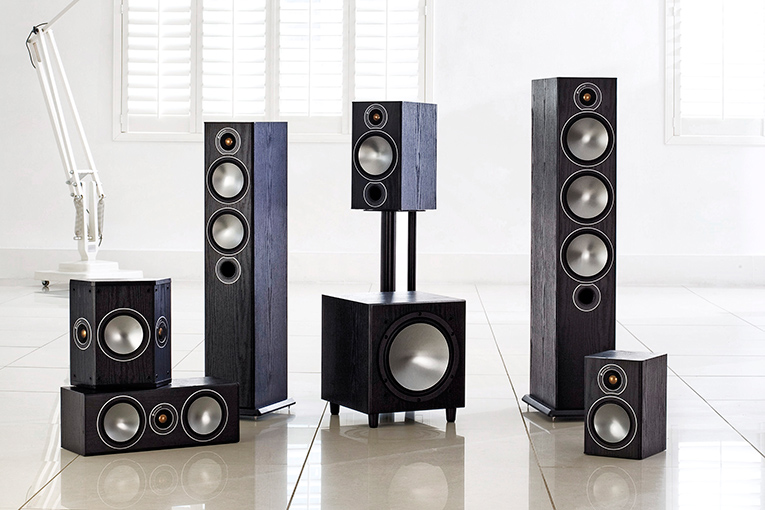 In fact, the Bronze 6 ($1099/pair) is the first speaker for under $1500/pair that I’m actually interested in owning. It’s a 2.5-way design with a 1” C-CAM gold dome tweeter, a 6.5” C-CAM midrange-woofer, and two 6.5” C-CAM cone woofers. The tweeter is not too dissimilar from the one Monitor uses in their more expensive Silver models, while the woofers are bolt-through designs, which, along with extensive internal cross-bracing, helps to increase the cabinet’s rigidity. Magnetically attached grilles give the Bronze 6 a clean front profile when it’s not in use -- no unsightly bolts or holes. With Monitor’s technical knowhow all but guaranteeing a high-quality listening experience, I’m giddy at the prospect of getting these in for review.

How about even cheaper? Enter SVS’s Prime series, comprising four models: the Tower ($999.98/pair), Bookshelf ($499.98/pair), Satellite ($269.98/pair), and Center ($349.99). After taking a long, penetrating look at the Primes in their optional Piano Black finish (add $80 or $200, depending on the model), I found it hard to believe that these things can be had for so little. There are highlights aplenty: The Tower is a true 3.5-way design, with one 6.5” woofer handling the lows from 350Hz down, and a second coming into play only from 150Hz down. With a claimed bandwidth of 30Hz-25kHz, +/-3dB, the Tower presents a heck of a proposition. At the other end of the line is the spritely Satellite, which Kevin East reviewed this month. While the Primes lack the Monitor Bronzes’ überclean front baffles, they do have nice proportions -- and Kevin says they’re “bona-fide bargains.” 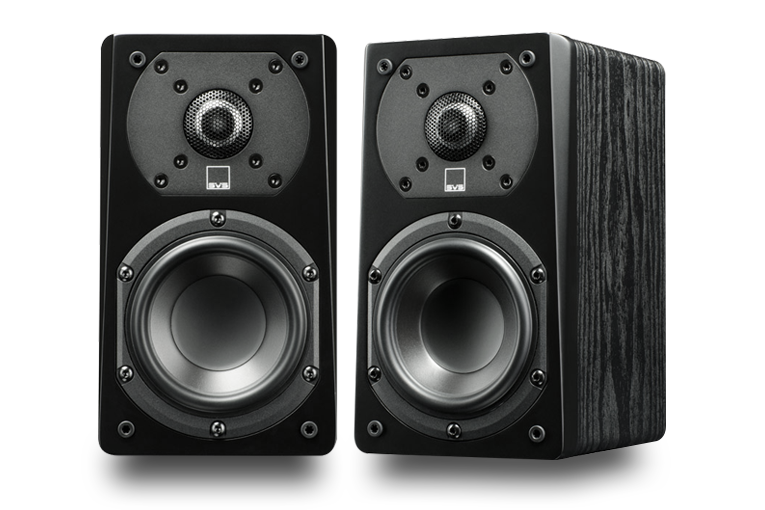 To ensure that the Primes would sound their best, SVS designed them using finite-element analysis, 3D printing, and acoustical-simulation software -- tools and techniques that weren’t available for their previous generations of loudspeakers. Long gone are the days when manufacturers simply threw a few off-the-shelf drivers into a cheap, folded-box cabinet and shipped them off. In fact, SVS’s Prime models share some key features with their flagship Ultra line: the same aluminum dome and diffuser assembly in the tweeters, and, in the midranges and woofers, identical motor assemblies, voice-coils, and suspensions.

SVS states that, when they designed the Primes, the question they asked themselves was never How do we make this cheaper?, but Could this be better? That may sound like marketing drivel, but I believe them. It wasn’t the first time I’d heard such words. Last fall, when I visited Monitor Audio in the UK, their acoustical engineering team said the same. With massive repositories of technical understanding, impressive arrays of supporting technologies, and the will to make great products for very low prices, these companies are selling solid sound and looks that far exceed what you might expect at the price.

Doug Schneider was right. Monitor and SVS probably lavished as much -- if not more -- time and effort on their Bronze and Prime series, respectively, than on their Silver and Ultra lines. And their super-affordable (by audiophile standards) prices mean that these speakers will probably find their ways into more living rooms, bedrooms, and offices. When I consider these speakers along with the proliferation of sub-$1000 integrated amplifier-DACs in the past two years, it seems to me that, even taking inflation into account, true, universally fashionable hi-fi is cheaper than ever. That’s pretty exciting.

So, no -- I now have zero interest in the $50,000 electronics and $100,000/pair speakers that captured my interest when I began reviewing for the SoundStage! Network several years ago. In my opinion, the most relevant work in all of hi-fi is not being done at the northern borders of Affordable Land, but right at the center of that territory. Long may it continue.