After college, I moved back home. During that year I enjoyed the stereo system I’d left behind while away at school -- I hadn’t wanted to invite disaster by installing a pair of handmade Dynaudio speakers in an environment in which drunken college kids roamed free. I’d sucked it up, bought a Klipsch 5.1-channel computer system (used in true stereo, of course), and waited for the day I would have a space of my own. Back home, not paying rent allowed me to save up for a used Krell KAV-300iL integrated amp; when it arrived, I naïvely thought, “This is the moment my system sounds like the ones over at the audio dealer.” I was sorely disappointed. Of greater distress was the fact that I still lived at home.

Desperate to once again make poor life choices without my parents’ supervision, I moved into a shoebox apartment in Philadelphia with a college buddy. We shared a horrendously filthy bathroom, a worrying lack of orderliness, and, by the end, mutual dislike. Once again, my system had been marooned with my parents, and in my closetless, 60-square-foot bedroom, the Klipsches had had to suffice. I toiled at my first job, which comprised being yelled at over the phone by physicians for roughly six hours a day, and eased into “the real world,” hoping that one day I’d have a dedicated room for my stereo and me.

A year on, bored to tears and feeling compelled to incur more debt, I went to grad school. I grabbed an apartment in a high-rise condominium populated largely by kind octogenarians. I was as likely to get stuck in a hallway traffic jam of frail figures hunched over tennis-ball-footed walkers as I was to have confrontations with the mean little hobbit of a front-desk attendant who: a) enforced condominium rules with authoritarian verve; and b) stage-whispered biting comments about everyone to anyone who would listen -- which turned out to be almost everyone. The upside of my living arrangement was a large, parquet-floored living room big enough to house my Krell amp and aging Dynaudios. My last paycheck went toward acquiring a Benchmark Media Systems DAC1 USB.

Out of respect for my elders, I didn’t play music too loudly or too late, but finally I had terrific components and some semblance of a dedicated listening room. My 14th-floor joint had glass windows lining one sidewall, a kitchen entryway on the other, and an uneven front wall painted an offensive chartreuse. I had a single 20-year-old couch, a pair of 30-year-old side tables, and no rug to speak of. That was it. Needless to say, despite having a solid little system, it sounded pretty abysmal.

Eventually, done with school forever, and having found someone who could tolerate my dark humor and questionable personal hygiene, I moved into a 700-square-foot studio apartment with my better half. More than a century before, the building had been a garment factory. I’m not sure its original occupants could have foreseen its evolution into an overpriced apartment building advertising such features as “privacy curtains.” What a time to be alive.

By then, more than a year had passed since I’d conned my way onto the pages of the SoundStage! Network, and my system had undergone something of a metamorphosis. Gone were the Krell amp, the Benchmark DAC, and my stalwart Dynaudios, replaced by a Hegel Music Systems H300 integrated amplifier-DAC and Mirage OMD-28 speakers -- so far, so good. But our apartment was made of concrete, with a 10’ ceiling and wafer-thin interior walls seemingly made of cardboard. Moreover, I was living with someone who, in our first year there, read more than I had read in my entire life: 150 books. Seriously. Apparently, I’m an uncultured swine. Compounding this was the fact that one of my omnidirectional Mirages was stuffed into the corner of the room, while the other was only a couple of feet from our oven, with a lot more breathing room. As a result, the stereo image perpetually shifted to the left, the Mirages’ pounding bass was uneven, and the amount of hard rock in the space made reverb a serious problem.

Over the next three years, as various speakers and electronic components came and went, we contrived not to inflict bodily harm on one another -- and the neighbors never complained about noise. Then our landlord sold our building to developers, who promptly began treating tenants poorly while declaring their intention to build more apartments on the roof of our top-floor unit. With interest rates at nearly all-time lows and Philadelphia’s compliant housing market, we wound up purchasing the first home we walked through. 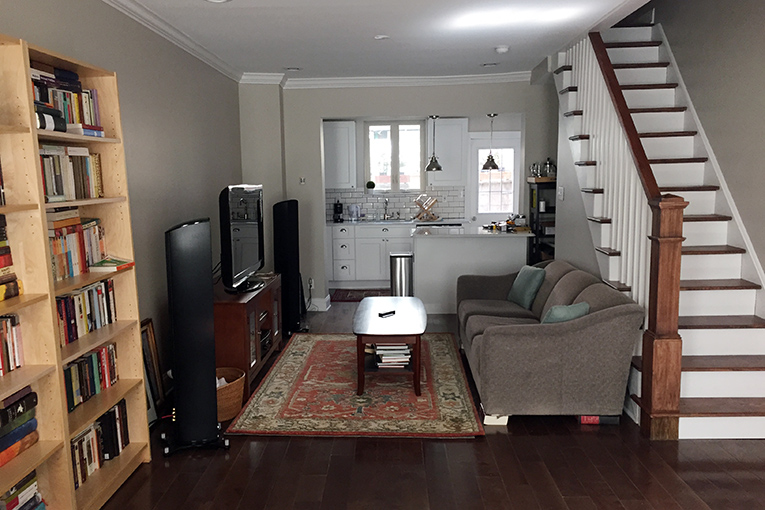 Acoustically, our new place is about as much as I could hope for in a city property: hardwood floors, space for a nice rug, a long, totally flat wall along which to set up my gear, no walls shared with neighbors . . . I had goose-bumps just thinking about cranking up Rammstein’s Du Hast with impunity for the first time in seven years. We moved during a snowstorm, naturally, and our couch wouldn’t fit through our new front door. Several days later, by the time I’d set up the Hegel and my new reference speakers, Definitive Technology Mythos ST-Ls, my patience had reached a nadir. We had no couch, no Internet, no washer or dryer, a leaking dishwasher, and a single chair. Still, it was a foregone conclusion: This circuitous, expensive journey to being able to play my music the way I wanted to had all been worth it. 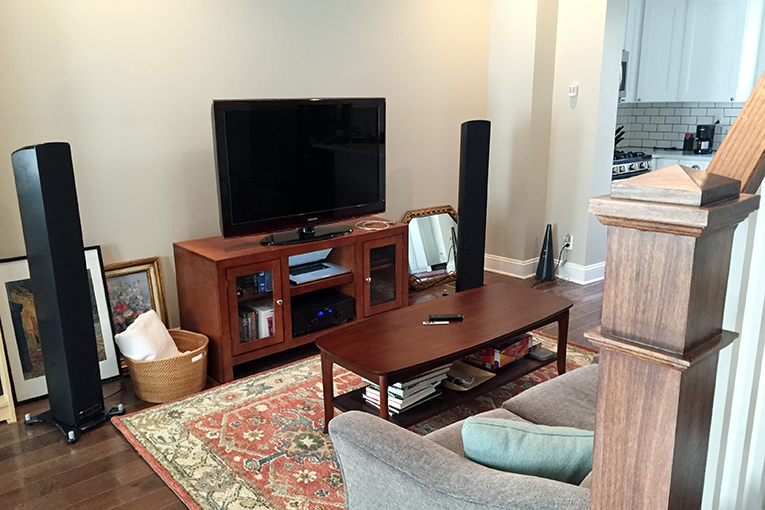 I nervously clicked the Hegel into life . . . and heard electrical hum. I have a noisy power line -- dammit. I cued up Hans Zimmer’s sublime soundtrack to Interstellar, replete with grand organ work and soaring strings, and let fly on the volume front. Stereo image? Definitely shifted to the left. Massive standing waves that seemed to grip and violently shake the entire house? Yep. A shallow soundstage because I’m forced to sit close to the speakers, which themselves are closer to the front wall than I’d like because of space limitations? Absolutely.

At this point, I want to destroy something beautiful. To have come so far and worked so hard, and have things not turn out the way I expected them to is . . . well, I guess it’s life. This is what I’d been waiting for, and I’m pretty disappointed with it.

Top tip: It turns out the most important part of a system is the room’s geometry and acoustic properties. [sigh] Amor fati.