The Unfortunate Effectiveness of Good Marketing 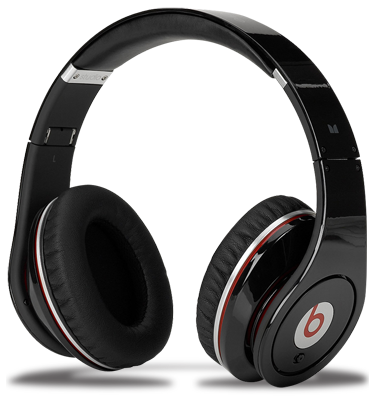 Living in a bigger city is a singular experience. Putting over a million people from all walks of life into a melting pot of a few square miles is . . . interesting. One is as likely to share a bus with a coffeehouse hipster as with a promising young attorney, or to share sidewalk space with bleary-eyed medical residents as with crazy people who yell nonsensical nothings at passersby. It’s a beautiful cross section of society that spans young and old, rich and poor, and brings together the tech-obsessed with the tech-averse.

The bus is a microcosm of all this. Sort of. Every morning and afternoon that I get on the No. 40 bus, I invariably take a seat next to, across from, or behind someone listening to music and staring at his or her smartphone. To be more precise, I should have said and rather than or -- more often than not, most every rider my below-average vision can make out seems to be staring at his or her smartphone with rapt attention. As I waited to exit the rear door of the 40 bus last week, I noticed that all eight seats in front of me were filled with passengers. Three had iPhones, three had Androids, one read from a Kindle, and the last, bless her, was texting on an "antiquated" non-smartphone.

I’m not being critical. I do the same thing. My earphones are in my ears before I reach the elevator of my apartment building. I’m on my third song by the time the 40 arrives, and I’ve already checked my e-mail numerous times. Just in case. My observations from the back of the bus have made it abundantly clear that I am not alone in being willfully tethered to my phone via both hands and ears. 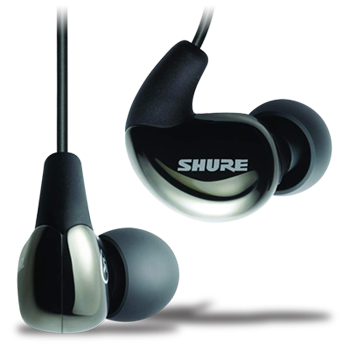 It’s the latter that concerns me -- or, at least, the manner of that tethering. A few years ago, it would have been exceedingly rare for me to see on the bus anything other than Apple’s ubiquitous white earbuds: those ill-fitting, ill-sounding earspeakers that single-handedly impel people to buy something different when they stop working. I was daft -- I suffered through two additional pairs of white earbuds before it occurred to me that I could do better. This delayed realization thankfully led me to Shure’s line of in-ear monitors (IEMs). I went big, bought their SE530s (now SE535s), and have been content ever since. Others faced with this choice have gone in different directions. Bose’s noise-canceling headphones seemed a reasonably common alternative, as did models made by myriad smaller companies that aped Shure’s IEMs, albeit at much lower prices.

Then came Dr. Dre. Far from producers and the recording studio, the former hip-hop artist released Beats by Dr. Dre on the masses in 2009. Those $200-$300 headphones produce sound that, I can personally attest, is noticeably better than that of Apple’s infernal earbuds. I bet some readers have a pair, and I hope they’re happy with them. Fun fact: The parts of the headphones cost less than $20. Where does the rest of your money go?

I have an inkling. In 2011, having had products on the market for only two years, Beats Electronics LLC had a net income of $60 million. In that year they sold a 51% stake in the company to Taiwan’s HTC for $300 million, which at the time was more than 1.5 times Beats’ projected revenue for the year.

At $200-$300, Beats by Dr. Dre have a fair bit of established competition from Audio-Technica, Beyerdynamic, Grado, and Sennheiser, among many other companies. How do they compare with those established and reputable brands? While I’m usually keen to express my own criticisms, I quote here an online review by Earl Keim that offers more honesty than most could muster:

Beats by Dr. Dre Studio headphones’ high price, flimsy construction, lack of printed specifications, and poor technical support are four reasons for us to tell you that you should definitely look elsewhere for headphones at this or any price point. There are simply better, more capable products available in the same price range or much lower than the Beats by Dr. Dre Studio headphones. You are wasting your money on these unless you find the branding alone to be worth a couple hundred dollars.

It’s pretty remarkable that a product so mediocre for its asking price can be such an unqualified success in the span of only three years. It goes to show that a company’s marketing dollars will likely yield more financial success than monies put into the product itself. For another illustration of this principle, one need only think of Bose and its seemingly ironic slogan, "better sound through research."

This principle extends far beyond audio. It’s a sad commentary on the state of modern culture when many of the highest-grossing movies and music albums are derivative, uninspired, poorly written, poorly performed, overproduced, or some combination of these. I don’t mean to sound elitist in stating this. Indeed, I have some garden-variety pop and hip-hop music of my own, and own a fair share of films that I thoroughly enjoy, even as I acknowledge their significant shortcomings. These are all cheap thrills, though. David Guetta and Rihanna contrive to make me want to move, which has its time and its place -- but why are most of the films and music that make me ruminative decidedly esoteric?

Terrence Malick’s The Thin Red Line, one of my favorite films, is commonly understood as being one of two war films that came out in 1998. The other was Spielberg’s Saving Private Ryan. Malick’s creation, with its sensational cast and gorgeous cinematography (check out the Criterion Collection’s 2010 Blu-ray release), is an anti-war film -- but no one cares. Landing on Normandy beach amid the cacophony of machine-gun and shell fire will always trump the inner monologues of soldiers plodding through East Asian jungles as they attempt to reconcile more abstract notions of human nature and natural beauty.

So it is that some of the most inventive, transcendental, and relevant works wither and wallow in relative obscurity, while highly marketed and (so often) banal products are peddled to the masses for sensory consumption that requires little more than physical presence.

And, finally, so it is that tomorrow I will once again board the 40 bus, where I will likely see -- in all its plasticky, mediocre, bass-heavy glory -- at least one pair of Beats by Dr. Dre headphones, as I secretly wish they would fall under the lumbering bus’s rear wheels and be crushed into a million little pieces.