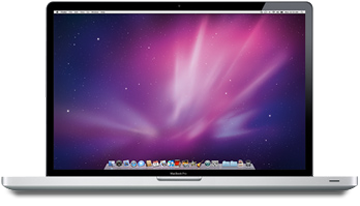 In last month's installment of Audio 101, I discussed digital sources. I also inadvertently set off a controversy within the hallowed virtual halls of the SoundStage! Network. Not since I scrawled "Suzie has Cooties" on the wall of the boys' bathroom has something I wrote evoked such spirited discourse.

The trouble began even before the article appeared online, when publisher Doug Schneider took me to task for recommending an Apple Mac, Amarra music-player software, and an Ayre Acoustics QB-9 D/A converter as not just a fantastic digital audio source, but as the one GoodSound! readers should buy. You see, Doug is Mr. Value-for-Dollar. He's the sort of reviewer who doesn't get excited by the prospect of reviewing a $20,000/pair speaker, but oozes enthusiasm when he finds one for $500/pair that kicks butt. I share his enthusiasm for high-value audio -- it's the reason I accepted the assignment as senior editor of GoodSound!, the SoundStage! Network's thriftiest family member. So while Doug and I often see eye to eye on many products, he had a problem with me calling a $1500 Apple Mac, $695 software, and a $2750 DAC a value at a total of $4945 USD.

What Doug hammered home, in an e-mail chain that eventually involved a dozen reviewers and editors and over 100 messages, was that performance comparable to that of my recommended rig can be had for far less money. In fact, Doug offered a solution that came in at under $500: a netbook computer with an external hard drive, playback software like J River's Media Center 15 ($49.98), and the High Resolution Technologies Music Streamer II ($150), a USB DAC capable of 24-bit/96kHz output at a fraction of the Ayre QB-9's price.

Truth be told, when I wrote last month's column, I hadn't given a PC-based computer audio player a proper shake. So Doug challenged me to try the aforementioned Media Center 15 and compare it and my Windows 7-based laptop with my Apple-Amarra reference. One thing Doug insisted on was that I make sure that the Media Center 15 setup was outputting bit-perfect audio, that it was bypassing Windows' internal control algorithms, etc. "Ah-ha!" I cried. "You've helped to make my point. I don't have to do any of that with Amarra on my Mac; the program takes care of everything." With Amarra, I'm simply a listener, not a system tweaker.

That matters a whole lot to me. I wasted far too much of my listening time trying to get Windows 7 and programs like foobar2000 to do what they're supposed to do. I printed out dozens of webpages in an attempt to incorporate into my system what others had learned. I hated it, but I was satisfied with the sound. When Amarra came along, I thought, "Here's the silver bullet I've been waiting for." Paid engineers designed the program, and though there's a warm spot in my heart for the DIYers who put together programs like FB2k and Exact Audio Copy, there's no substitute for full-time employees working on a project until it's done so everyone can make money. If I'd paid myself for the time I spent tweaking Windows, I could have bought a Mac much sooner. 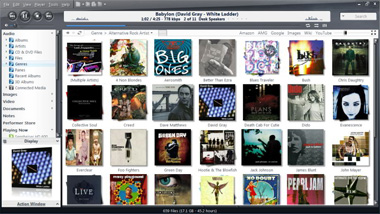 Nonetheless, in the spirit of good sportsmanship, I did as Doug suggested and loaded Media Center 15 onto my Sony laptop running Windows 7, complete with solid-state internal drive. I made sure everything was set to output the highest-quality signal possible to my QB-9, and I listened. To my surprise, I found that Doug might well have a point.

J River's Media Center 15 is the best-sounding PC-based audio playback software I've heard. It's also the easiest to configure, though I still gripe about having to set anything at all. (I think playback software should be as easy and foolproof as the Play button on a CD player.) The sound was compelling enough that I think I could be quite satisfied with Media Center 15 if I still used a PC for audio. I might even think it the Holy Grail of PC audio. But it's no Amarra -- it's not as detailed or refined, and its presentation of music was ultimately uninvolving and left me flat. However, Media Center 15 is most definitely superior to iTunes running on a Mac. Poor iTunes doesn't sound great on any platform.

One thing I neglected to mention last month is that Amarra is not the only show in the Mac audio town. For the past several months another program, thus far free, has been making the rounds. Initially called AyreWave, it's been renamed Decibel and is now a few versions into its lifespan. I've played around with this software since it came out, and while I thought its sound was pretty good, it didn't move me in the way Amarra does. Now, with Decibel v.1.0b13, I have to admit that the program's designers have come pretty darn close. 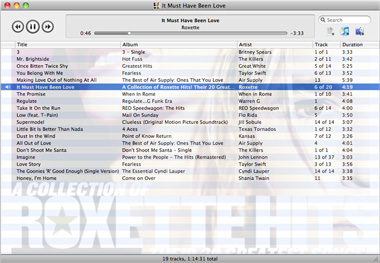 During a recent cold winter night I had my wife play and replay a single track -- "Foolish Heart," from Beat Kaestli's Invitation (24/88.2 FLAC, Chesky/HDtracks) -- alternating between Amarra and Decibel. This track is great for comparison purposes because it's so simple: a singer, a double bass, the occasional saxophone. It's got room ambience, resonances from the bass, mouth sounds, fingers sliding over strings, and the sound of spittle making its way past the saxophone's reed. The comparison was revealing and satisfying: revealing because Decibel is a very, very good player, and satisfying because I still think Amarra is better.

Having matched the software players' levels to ensure a fair comparison, I found that I could identify each player with 100% accuracy. The differences were slight, to be sure, but Amarra took the edge in portraying not only the artist but the artistic process. Amarra's sound had a little more air, a fair bit more soul, and a tad less distortion than did Decibel's. But remember, Amarra costs $695; Decibel is free.

Speaking of Macs, one of the big unanswered questions here is whether or not the computer's hardware makes a difference. Does it matter that Macs are stuffed with parts designed to work together in harmony, and that a PC is often a hodge-podge of parts that together form something of a computational Wild West? I know PC components are built to some kind of standard, but there's no guarantee that a "PC-compatible" bit of hardware will actually work properly with other PC-compatible bits. Do I even need to go into the horrors of Windows drivers? Hands up if a Windows driver has ever let you down. (Right now, I know that there are a whole lot of hands in the air.)

My short answer to this hardware question, as it applies to audiophiles, seems to be that Macs are inherently superior for music playback, if only because the folks who make Amarra and Decibel, who could have programmed for the massively larger PC market, instead chose the relatively tiny world of Apple. That might sound like weak reasoning, but there's also the fact that, using "bit-perfect" playback software in my room with my system, the PC came in a distant second to the Mac. If "bits are bits," as the uninitiated like to say, then there should be no difference at all. Instead, there's a chasm.

There may be a long answer to the hardware question, but if there's one thing I've learned in the past month, it's that in computer-based audio, no one has all the answers. There are even competing ideas as to what bit-perfect means, and whether whatever it means actually matters. We may be talking computers, but this is still the audio world, where the laws of physics matter -- except when they don't.

If, as seems more likely, software is the key, how much of a factor is the operating system? Apple's OS X Snow Leopard was apparently designed to permit bit-perfect playback. Again, it would seem that Amarra and Decibel were programmed for OS X because their designers think Apple's operating system offers the better path, if not the road to riches that writing software for Windows can be.

Where does that leave us? Well, we've established that it's easy to put together a satisfying PC-based digital music source for very little cash. I'd go so far as to say that, even where I find flaws in the PC rig I used, it still sounds better than most CD players. It's also true that J River has hit one out of the park with Media Center 15. At long last there's a Windows audio-player program that offers great functionality, is easy to configure, and sounds really good. We've also established that, at least in this reviewer's opinion, Macs make for superior audio platforms, Decibel is a listenable audio player that costs nothing, and that, as good as Decibel is, Amarra is still better. Is it $695 better? In the grand scheme of things, I think it is -- but then, audio is kind of a big deal to me.

What I won't argue is that a $695 program is a better value than a free one. That would be silly. But -- and this is a big but -- a Mac has proven to be a necessary piece of hardware for me. A PC has proven to be good, but in my system a Mac is great. As I mentioned last month, refurbished Macs can be purchased at a discount directly from Apple. There are also a number of companies selling used Macs, so getting access to an Apple product could be nearly as cheap as buying a decent netbook.

As for DAC hardware, there are a plethora of great performers out there that cost much less than an Ayre Acoustics QB-9. Does any one of them sound better than a QB-9? I don't know. But at least four of us "heard 'em all" SoundStage! Network types own QB-9s.

While I respect Doug's opinion and concede him some points, I won't back down from my claim that an Apple Mac, Amarra, and an Ayre Acoustics QB-9 make up one of the best digital audio sources going. This combination isn't cheap, but spending $4945 for performance that betters CD players costing much more is a bargain to me. What really excites me, though, is that in a year's time this article might seem quaintly out of date. If one thing is clear, it's that computer audio, whether Mac- or PC-based, is getting better all the time. And it's getting cheaper. Doug might yet have the last laugh.