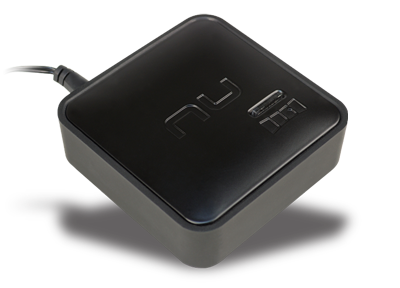 The rise of computer audio has made an outboard digital-to-analog converter (DAC) all but a necessity. Computer soundcards, no matter how good, don’t provide the best sound. The only way to get high-quality sound from a computer connected to an audio system is to have the computer output a digital signal and convert it to analog nearer the sound system.

The latest wrinkle has been the introduction of wireless DACs that eliminate the need for USB or FireWire cables. NuForce’s Air DACs fall into this category.

The only real differences between the Air DAC uWireless System and the Air DAC iWireless System are the form of the transmitter and the computer it connects to. The uWireless’s slick little hockey-stick-shaped transmitter plugs into a standard USB port. The iWireless has a 30-pin connector that mates with most Apple iPods, iPads, and iPhones, as well as a dongle that will connect to any standard USB port.

The receiver-DAC itself is a box measuring roughly 2” by 2” by 5/8”, with two RCA jacks for analog output and a jack for connection to its power supply. On top of the receiver is a push bar that assists with setup, and lights up to indicate the DAC’s operating status: red for no data signal being received by the DAC from computer, orange for a digital signal received but no audio, and green for when an audio signal is received. There are no drivers or other software to install in your computer. 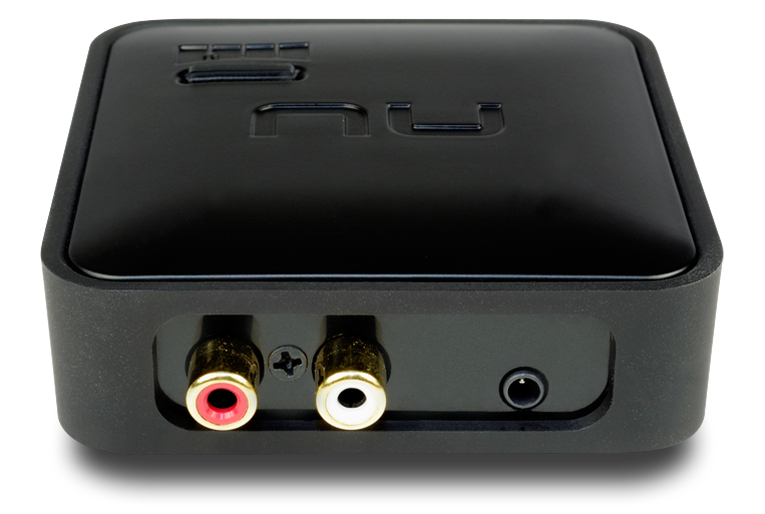 As befits systems that cost only $179 USD (uWireless) and $199 (iWireless), the Air DACs themselves are pretty simple in accepting only two-channel audio signals at 16-bit/48kHz. NuForce’s Casey Ng told me, “Having to pick only one speed, the original design team decided on 16/48 because it’s a default rate supported by the most devices, while 44.1 is a number that cannot be fully divided by a CPU clock, and could pose compatibility problems with other hardware, such as a smartphone.”

Ng was more guarded about other technical details. When I asked him what DAC chip was used, he said, “We like to keep this information proprietary. All along, NuForce believes that there is no sound from the DAC chip. Rather, it has to be taken as a whole design. By revealing the DAC chip, we get into the stereotyping (‘Oh, they used the XYZ DAC, it must sound warm and have no bass’).” He did allow that there is only passive filtering between the DAC chip and the Air DACs’ output jacks.

The Air DACs offer good flexibility in that one transmitter can feed up to four receivers. For instance, each can feed one receiver for two-channel audio, and another that operates into a powered subwoofer. Or it can simultaneously supply signals to sound systems in several different rooms. To this end, NuForce sells the transmitters and receivers individually, as well as together.

The key to these little gems is SKAA, a new wireless protocol made by Eleven Engineering, in Edmonton, Alberta, Canada (www.skaa.com). Eleven is cagey about the technical details, but they do say that SKAA uses the 2.4GHz band, as do a number of other wireless technologies. According to the fact sheet, “SKAA employs a patented wireless protocol, Walking Frequency Diversity (WFD), to avoid conflicts with other wireless devices. This enables SKAA to deliver audio free of clicks, pops and dropouts. WFD avoids collisions with other devices so effectively that Eleven regularly demonstrates SKAA devices even in RF-saturated environments such as busy trade shows.” NuForce claims a range of 15-30m for their implementation of SKAA in the Air DACs.

. . . couldn’t be much simpler -- it took me about three minutes. I plugged the USB transmitter into my computer, connected the receiver to my audio system and to its external power supply, and looked at the top of the receiver. If the SKAA button is orange or green, you’re good to go. If you use additional Air DAC receivers, a few more simple steps are required. 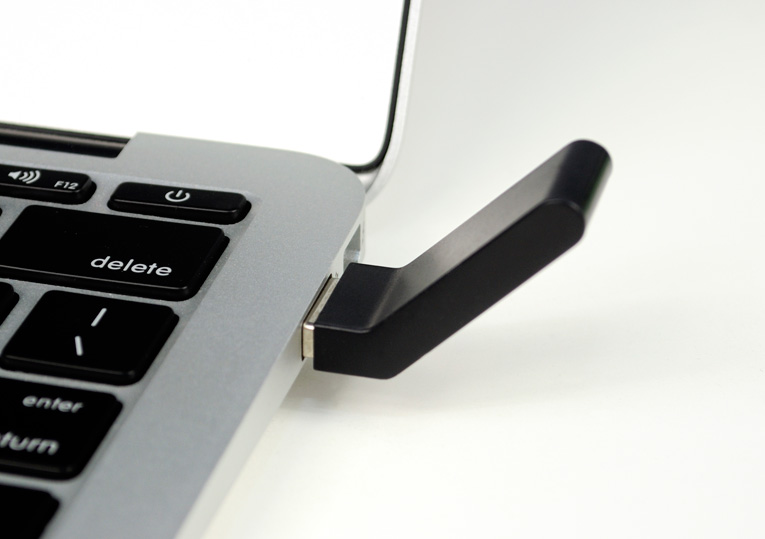 Two of those three minutes of setup I spent fiddling with JRiver’s Media Center so that it would transmit everything in two channels at 16/48. I selected Direct Sound under Media Center’s Tools/Options/Audio Output, and used DSP Studio to have Media Center pass along everything in the Air DAC’s required format. I found that a bit inconvenient, as I then had to change Media Center’s settings whenever I wanted to use my main DAC. 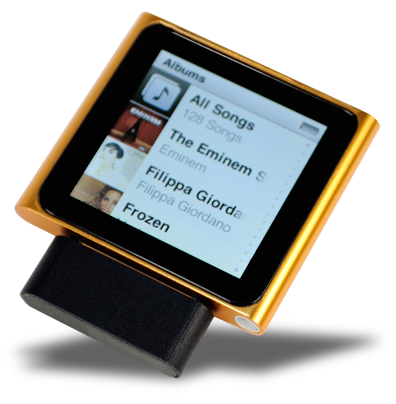 To try the iWireless, I borrowed a friend’s iPhone 4S. That was even simpler: I plugged the transmitter into the bottom of the iPhone, which immediately recognized it. Just as quickly, we could listen via the sound system to anything the phone could pull up. Because my buddy doesn’t keep music files on his iPhone, our listening was limited to what we could find on Internet Radio stations and radio-station streams.

Most of the time I used the Air DAC with my smaller, living-room system (described below). Often, when I’m working on my computer, I’ll connect to an online music service, usually the Jazz Groove (www.thejazzgroove.com) or the Pittsburgh Jazz Channel (www.pghjazzchannel.net). The music is great, but the sound from my laptop’s built-in speakers is like that of an AM pocket transistor radio from the 1960s. With the Air DAC uWireless, I was able to send music from computer to sound system with no problem. And the sound was quite good.

One day, the Pittsburgh Jazz Channel was coming in with a +60kbps signal via JRiver Media Center, and the sound was very good. There was no phasing on the cymbals, which often occurs with low-bandwidth digital signals. The sound was well balanced: the low end was authoritative, the highs were crisp without being shrill, and the soundstage was more than adequate. The same applied to the Jazz Groove, whose audio seems to be very broadband. (Jazz Groove uses its own player, so JRiver’s informative bit-rate indication wasn’t available). Separation was quite good, and soundstaging was just as I imagine it should have been with most cuts.

It was all a perfect example of the first rule of computing: garbage in equals garbage out (GIGO). If the stream had been optimized for earbuds (such as anything from Clear Channel Radio’s “I Heart Radio” feeds), or if its operators clearly thought that AM radio was the peak of quality audio (one of the world’s best oldies stations, WLNG.com, on Long Island, New York, seems to take this position), the system sounded pretty lousy. 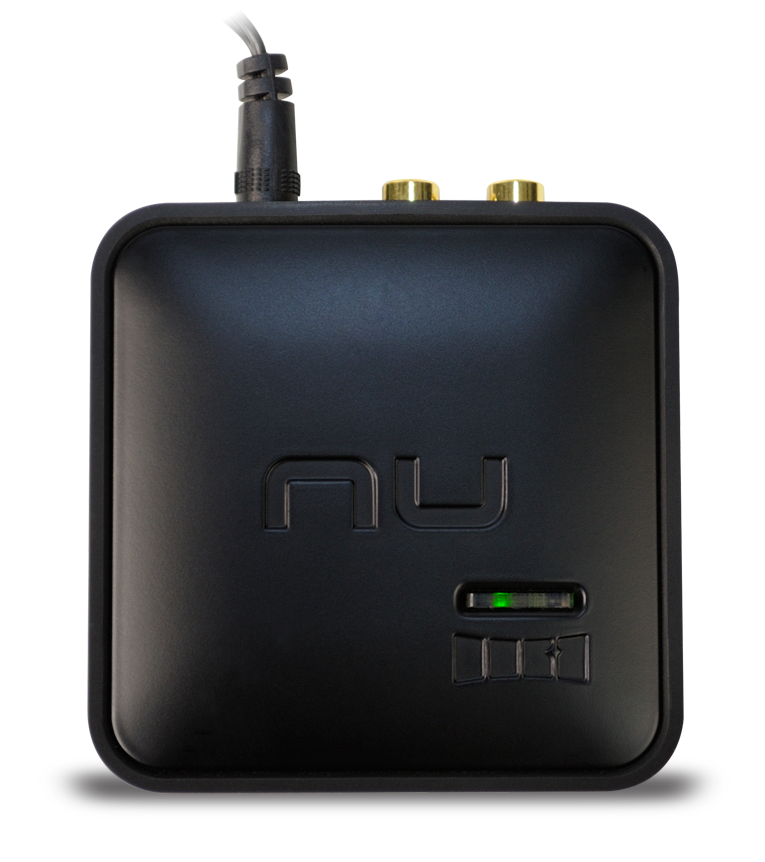 But the sound of Classic FM from London and many US public radio stations was acceptable or better -- and certainly good enough for less-than-obsessive listening. Bass lines were better than I expected: clean and with good depth. Male and female voices sounded natural. Some of the classical streams had been subjected to some compression (probably to use less bandwidth), but in most cases not to an objectionable degree.

I played a number of native 24/96 files from my computer. The Air DAC transmitted downconverted 16/48 files, but through my main system I heard no significant difference between the sound of my HRT Music Streamer II+ (at 24/96 resolution) and the Air DAC uWireless. As always, I listened to Fourplay’s “Bali Run,” and it pretty much summed up my total experience: The prodigious bass sounded equally fat through both DACs. Bob James’s piano had a bit more heft at 24/96, but Lee Ritenour’s guitar was crisp and full. The percussion had a little less bite via the uWireless, but nonetheless, I was impressed with the overall sound of the Air DAC.

NuForce’s Air DAC iWireless and uWireless are not the end-all and be-all of DACs, and were not designed to be. Rather, they strike me as very capable niche devices designed to get high-quality sound from a computer, smartphone, or tablet to an audio system with the least possible effort while still sounding good. I never experienced any glitches in sound -- the SKAA wireless system seemed to work flawlessly.

I heartily recommend the Air DACs, especially at their prices -- either will provide the advantage of wireless connectivity for the cost of a simple, entry-level wired DAC. They’re the real deal.