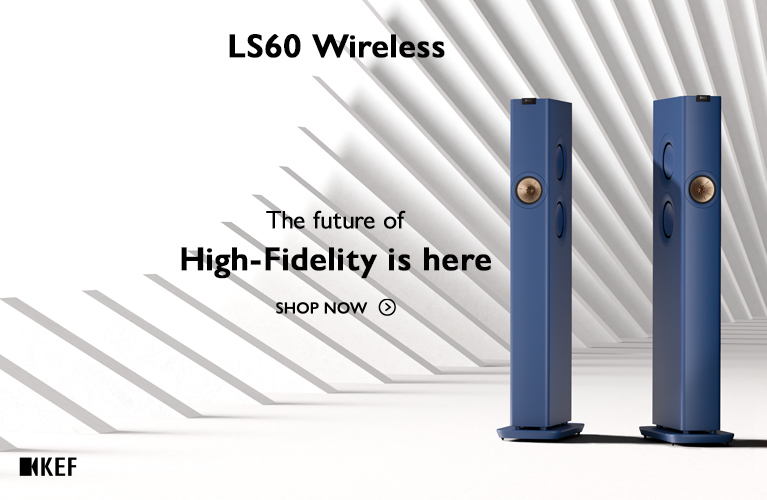 Note: for the full suite of measurements from the SoundStage! Audio-Electronics Lab, click this link.

Observers of the auto industry often speak of 1973 to 1983 as the “Malaise Era” of car design and manufacture, especially for General Motors. Styling was bland and undifferentiated, while acceleration, handling, and braking were lethargic. The results were cars no one especially liked or cared about.

The same thing happened in audio, especially when Sony and Philips proclaimed that the Compact Disc, launched in the US in March 1983, would provide “Perfect Sound Forever.” Audio manufacturers quickly realized that there was no longer much call for a phono input and circuits in new components, so they stopped including them. Today, you can often pick up one of that era’s receivers for a pittance.

Independent phono stages exist for folks who still have equipment of that era, or for those who want to use a turntable with a small, apartment-style system or high-end gear that lacks a phono input. Audio-Technica’s new AT-PEQ30 is, on the surface, a typical example of the breed.

Audio-Technica’s AT-PEQ30 phono stage ($229, all prices USD) is a small, attractive box measuring 7.78″W x 1.85″H x 4.94″D and weighing two pounds. Its steel is painted gray, and its matte-silver aluminum faceplate is very simple. The only controls are two identical pushbuttons: power on/off on the left, and, on the right, one that toggles between settings for moving-magnet/fixed-coil (MM) and moving-coil (MC) cartridges. (MCs’ lower outputs require more amplification by the phono stage before being sent on to the preamplifier.)

The rear panel is almost as empty. From left to right are: a pair of input jacks (RCA), a ground post, a pair of output jacks (RCA), and a jack for the 15V wall-wart power supply. The AT-PEQ30 is manufactured in China and comes with a one-year limited warranty.

The AT-PEQ30’s specifications are quite good in all respects, especially for the price. To produce a 250mV output—enough to drive any preamp’s line inputs—the AT-PEQ30 needs to be fed a minimum of 4.5mV (MM) or 0.28mV (MC). Put another way, the AT-PEQ30 boosts an MC signal by 59dB, and an MM signal by 35dB. The A-T’s specified signal/noise ratios are a very fine 100dB (MM) and a good 74dB (MC). Because LPs are mastered and pressed with reduced bass energy and boosted highs—the long-established RIAA curve—the equalization performed by a phono stage during playback boosts the bass and reduces the highs by the same amounts, to theoretically present the preamplifier with a signal of “flat” frequency response. For both MMs and MCs, the AT-PEQ30’s deviation from the ideal RIAA curve is quite good, at ±0.5dB across the entire audioband of 20Hz-20kHz. Harmonic and intermodulation distortions are both specified at a minuscule 0.002%. The input impedances (loadings) are fairly standard: 47k ohms (MM) and 120 ohms (MC).

The owner’s guide is printed in ten languages in tiny type, and the English text is only legal boilerplate with this recommendation: “Be sure to read the connected device’s user manual before use.” Only one problem: no user manual is included with the AT-PEQ30, and A-T’s website doesn’t seem to offer one for download.

The lack of manual aside, setting up the AT-PEQ30 couldn’t have been much easier. Plug your turntable’s phono cable (RCA) into the AT-PEQ30’s Input jacks, and a pair of interconnects (RCA) into the A-T’s Output jacks and its other ends into your preamp’s or integrated amp’s or receiver’s line-level input jacks; attach your turntable’s ground wire (if any) to the A-T’s ground post, and plug the power wall wart into the wall and the A-T’s power socket. Choose your cartridge type with the MM/MC button, and press the Power button. You’re ready to vinylize. 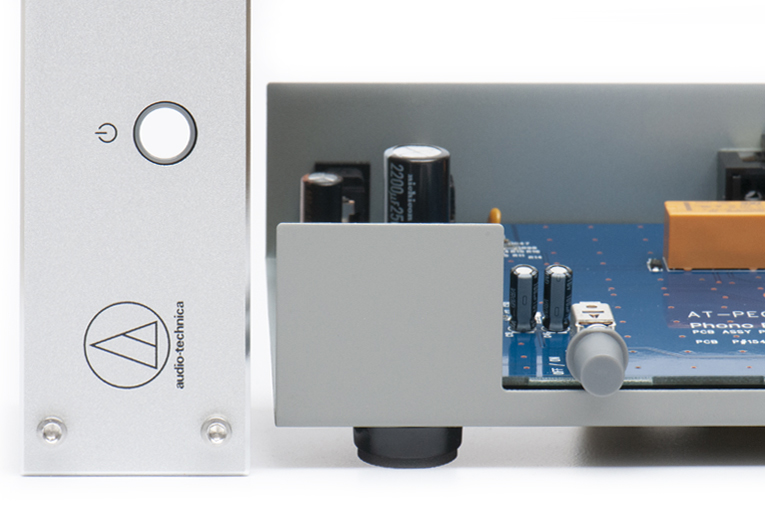 I began by testing to hear how silent the Audio-Technica AT-PEQ30 might be. I disconnected my turntable, then turned the volume control of my Linn Majik-1P preamp all the way up. I heard a little hiss, but when I backed the volume down to “54” from the Linn’s max of “60,” the hiss disappeared. I usually play tunes with the Linn’s volume control at somewhere between 19 and 24. 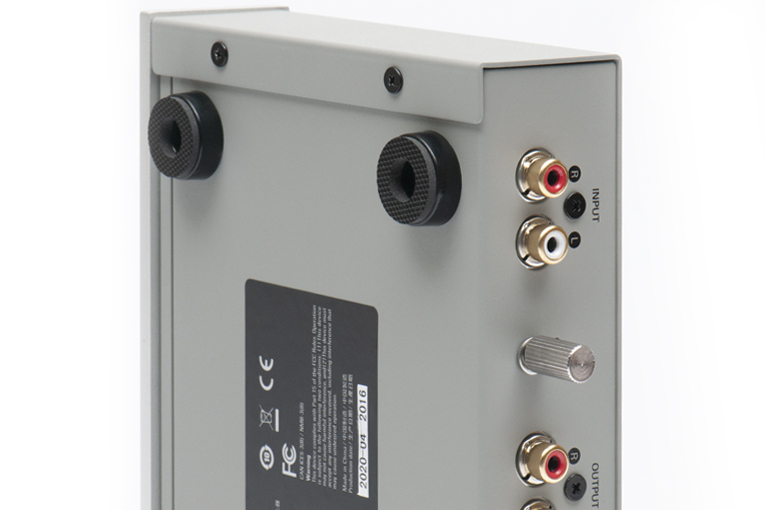 Wanting to begin my serious listening by hearing how the AT-PEQ30 handled delicate music, I put on an LP I hadn’t played in a long time: “Finally Found a Reason,” from Art Garfunkel’s Fate for Breakfast (LP, Columbia JC 35780). The song perfectly fits Garfunkel’s ethereal voice, and the sweet backing voices and spare accompaniment (acoustic guitar, electric bass, drums) do nothing to detract from that. The width and depth of the soundstage through the AT-PEQ30 were very good: I could hear that the backing voices were positioned in the mix just behind and to either side of the aural image of Garfunkel’s voice.

But what’s Art Garfunkel without Paul Simon? I pulled out Simon’s Graceland (LP, Warner Bros. 25447-1) and cued up “You Can Call Me Al.” Right off, there was prodigious slap bass, and bass drums as tight as drum heads should be. The bass break near the end was just about perfect: no overhang. Again, soundstage breadth and depth were excellent, and Simon’s voice was nicely centered on that stage. The electric bass was superimposed on his voice, which at first I thought was incorrect. Then I read the credits: “Six-String Electric Bass: Paul Simon,” so that detail, which I noticed for the first time through the AT-PEQ30, may actually be correct. 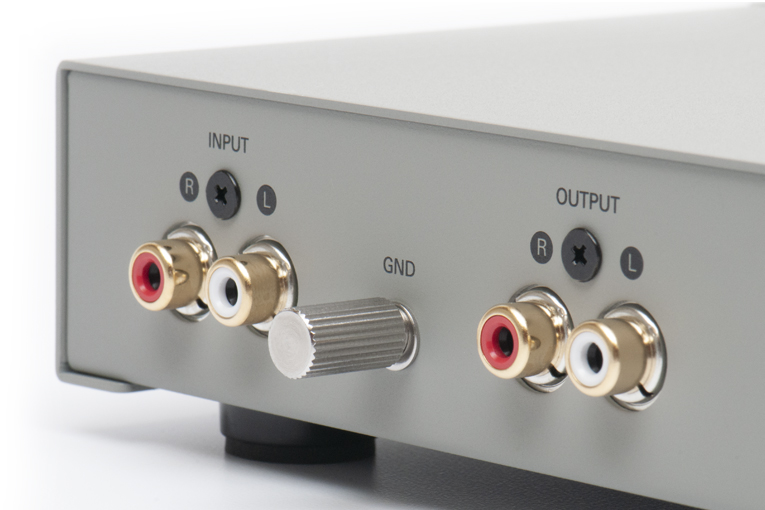 Then, for something completely different, I played an obscure song by Harry Nilsson and Bill Martin: “The Rainmaker,” as performed by The 5th Dimension, from their Love’s Lines, Angles and Rhymes (LP, Bell 6060). While the group sang fabulous harmonies and the women’s voices almost always sparkled, I was just as interested in the band that backed them—folks such as drummer Hal Blaine, of the famous “Wrecking Crew” of session players; Jimmy Rowles, pianist for such artists as Tony Bennett, Les Brown, Benny Goodman, Woody Herman, Carmen McRae, and Lester Young; famous jazz pianist (though here he plays mallets) Victor Feldman; and Tom Scott on flute and sax. That band was tight. This album was recorded by genius producer Bones Howe at Wally Heider Studios, in Hollywood, and the sound quality is top-notch. Through the AT-PEQ30, the singers were immaculately placed on the soundstage, with the band reasonably behind them. The verses spoken by group leader Billy Davis Jr. stood out from the rest of the mix, as I imagine they were intended to. The AT-PEQ30 handled it all very well.

Then came one of my standbys: “Money for Nothing,” from Dire Straits’ Brothers in Arms (two 180gm, 45rpm LPs, Vertigo/Mobile Fidelity Sound Lab MFSL 2-441). “Crank it up!” my wife called from the living room, so I did. One thing was readily apparent: There was no crosstalk between channels. If an instrument was mixed hard right, none of its sound came from the left (unless the producer/engineer wanted it to). Crosstalk can be a problem in some inexpensive electronics; not here. 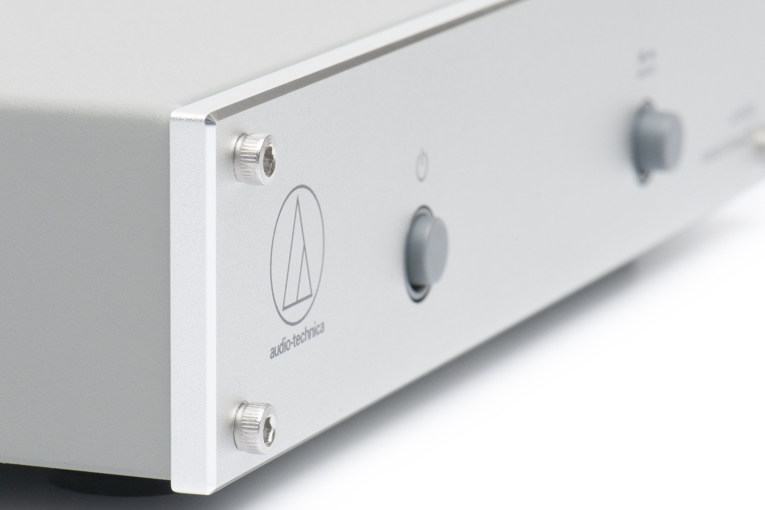 Wanting to get an idea of the extent of the AT-PEQ30’s reproduction of extreme high and low frequencies, I played a recording, by Herbert von Karajan and the Berlin Philharmonic, of Holst’s The Planets (LP, Deutsche Grammophon). In Jupiter, the Bringer of Jollity, all of the low bass and upper treble were present. This recording’s intensity might overload some phono stages, but that didn’t happen with the AT-PEQ30. All was good and right with the playback, as the AT-PEQ30 kept it well sorted.

At $475, my Simaudio Moon 110LP v2 phono stage costs a good bit more than the AT-PEQ30’s list price of $229, and offers a wide range of choices of impedance and capacitive loading. The AT-PEQ30 doesn’t. That’s not to say the Audio-Technica is substandard; it’s just a basic model that compares in price to its direct competitors. I tried to take that into account.

For this comparison I again wanted music that covered the entire audioband, and included lots of loud and quiet passages. I chose possibly my favorite work of mid-20th-century classical music, the suite from Aaron Copland’s ballet Rodeo, performed by Louis Lane and the Atlanta Symphony Orchestra in a great-sounding digital recording from 1982 (LP, Telarc DG10078).

Playing it first through the AT-PEQ30, I was moderately impressed: It sounded OK but not fabulous, as if the ASO were performing in a hall with not especially good acoustics—and they weren’t. Telarc’s famous bass-drum sound was a bit squishy, lacking its thundering boom. The trumpets came through loud and clear but didn’t quite sound perfect. Quiet passages sounded better than loud ones. Overall, as they used to say on Dick Clark’s American Bandstand: “Nice beat, easy to dance to. I’ll give it an 85.”

But through the Moon 110LP v2, any doubts about the quality of this very early digital recording were laid to rest. The bass drum was massive. The trumpets were not just loud and clear but clean. Now I was listening to a world-class orchestra in a world-class hall. Bottom line: Audio-Technica’s AT-PEQ30 was very good; Simaudio’s Moon 110LP v2 was better.

The Audio-Technica AT-PEQ30 mostly served pop, rock, and jazz recordings better than it did classical. Were it not for my Simaudio Moon 110LP v2 phono stage, the AT-PEQ30 would probably satisfy me—again, with most of the music I listen to. At a mere $229, its sound quality is right in line with its price. 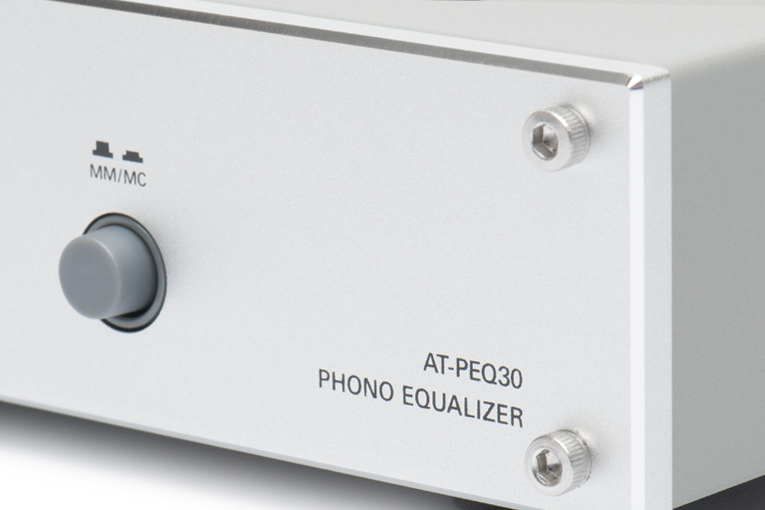 Many standalone phono stages are available today, ranging in price from $50 to well over $10,000. The Audio-Technica AT-PEQ30 isn’t far from the bottom of that range, but based on my experience, it’s far better than many other models close to its price. For that price, it’s a solid, basic phono stage. If you’re just starting out with vinyl, have a basic system that includes a decent turntable and cartridge, but still need a phono stage, look no further than the AT-PEQ30.

Note: for the full suite of measurements from the SoundStage! Audio-Electronics Lab, click this link.