West coast hip-hop, quirky alt-rock, and a bit of angelic folk have been keeping unlikely company in my rotation of late. And while these artists have nothing in common, they’re worthy listens if you’re looking for some select new tunes to close out the year. 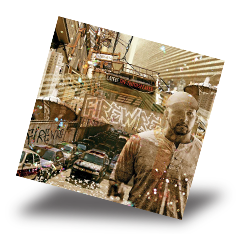 Lateef the Truthspeaker prepares to release his first solo effort, Firewire (CD, Quannum Projects QP93), on November 8, 2011. A prolific collaborator in the West Coast underground hip-hop scene, Lateef co-founded the artists’ collective and independent record label Quannum Projects (which is celebrating its 20th anniversary in 2012), as well as several successful Oakland/Bay-area rap groups including Latyrx and the Mighty Underdogs. His lyrical prowess, combined with a willingness to tackle subjects of societal injustice, has earned him a reputation as one of the best rappers today. Born Lateef K. Daumont in Oakland, CA, in 1974, he was raised by his parents, who were both members of the Black Panther movement. Firewire is his first album released independently rather than as part of a collaborative project, but that doesn’t mean it’s a one-man show. He invites old and new friends to contribute, giving the album a beefy roll call that includes DJ Shadow, Lyrics Born, Chief Xcel, Dan the Automator, and Headnodic among others. Most of the album’s tracks feature different producers, lending a unique sound and flavor to each song. The opener, "Let’s Get Up" (produced by Chief Xcel) is an energetic embarkation and gives the album good thrust right out of the gate. "Hardships" examines how politics and inequity affect the poor, and it laments the current US economic hardships of the many due to the gross exploitation of the system perpetrated by the few. It’s a potentially perfect anthem for the Occupy Wall Street movement. The songs range widely from pop and jungle-mystique to R&B and island jams, but throughout the album Lateef’s rhymes address intelligent themes and are delivered with unparalleled alacrity and skill. Firewire celebrates the past accomplishments of Lateef the Truthspeaker and his collaborative nature, and it ushers in his next era of quality music making under his solo guise -- this is truly hip-hop to be reckoned with. 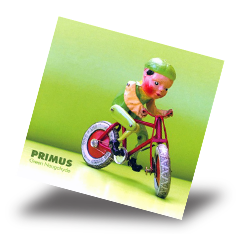 Primus is back in the game with the September release of Green Naugahyde (CD, ATO/Prawn Song 217502), their first album in over a decade. The group decided to record another album after touring together last year. The membership has done some shifting, and while all three members on this disc have played in the band on previous albums, this is the first time they’ve played together in this incarnation. Bassist Les Claypool, guitarist Larry LaLonde, and drummer Jay Lane reignite the funky, wired energy of early Primus, delivering 13 songs flush with absurd imagery and the distorted, manic noise they’re known for, amassing a rhythmic complexity that drives the machine like a tank. "Eternal Consumption Engine" mocks the American desire for cheap plastic goods, resounding with Claypool’s screeching lament, "Everything’s made in China." "Moron TV" and "Extinction Burst" both recall Frank Zappa’s style of rock genius mixed with humor. With Green Naugahyde, Primus finally makes an appearance in the new millennium, sticking to a style as weird as it ever was -- which is good news for long-time fans. 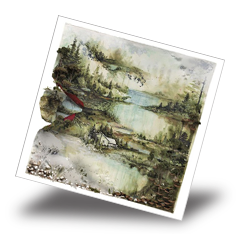 The American folk group Bon Iver recently released their self-titled second album (CD, Jagjaguar Jag135), a collection of ten melodic songs that will surely make a cozy soundtrack for the coming winter months (the band’s name is derived from the French saying for "Have a good winter"). Justin Vernon sings with a contemplative sort of power, hitting hauntingly high notes over a generally sparse instrumentation of strings, piano and horns. "Perth" starts out slowly and subtly but quickly opens floodgates of sound with crescendos of rat-a-tat drums and horns, recalling the epic aftermath of some ancient battle scene. Various locales map out song titles, taking us from the operatic "Minnesota, WI" and heady, harmonic "Calgary" to the hallucinatory "Hinnom, TX" and "Lisbon, OH." There’s a chill in Vernon’s voice that begs to crack your heart into pieces, but magnificent warmth ultimately prevails over this disc. Bon Iver is an album that demands that you listen carefully, contemplatively and repeatedly. At this point in 2011, it’s definitely my pick for best release of the year.