Various Artists: "Woodstock -- Back to the Garden: 50th Anniversary Experience"

Estimates vary, but it seems that some 400,000 people showed up in Bethel, New York, for the Woodstock Music & Art Fair: An Aquarian Exposition in White Lake, N.Y. -- 3 Days of Peace & Music, which ran from Friday, August 15, 1969, into the morning of Monday, August 18. Something close to that number were unable to attend at all, due to traffic jams caused by the festival. In 1969, there was no social media. Rolling Stone magazine had begun publication two summers before and was not yet widely distributed on newsstands. FM rock radio, which leaned toward playing unedited album cuts and even full albums, was only a couple of years old and broadcast in only a few markets.

But rock music was growing in sales and cultural influence, and word of mouth led to what would become an iconic event in the history of the baby boom. Inevitably, a certain amount of mythology grew up around the festival, extending even to our impressions of the music. Michael Wadleigh’s 1970 documentary film of the festival highlighted some bands and didn’t present others; the original three-LP soundtrack album mostly mirrored Wadleigh’s choices, while adding some music not included in the film. Two more LPs were released in 1971 as Woodstock II, but it was the film and that original album that, for most boomers who didn’t attend, formed most of the perception of the festival.

Rhino Records has marked the 50th anniversary of Woodstock with the release of three sets comprising music and other sound documents from the festival. Woodstock -- Back to the Garden: The Definitive 50th Anniversary Archive is a 38-CD set, published in a limited edition of 1969 copies, that includes the full performance of every act that appeared, except for a couple of tunes not licensed by Jimi Hendrix’s estate, and some songs by Sha Na Na that ended up not being recorded. Woodstock -- Back to the Garden: 50th Anniversary Collection, available on three CDs or five LPs, includes much of the same music as the original soundtrack album, with some additions.

I opted for the ten-CD Woodstock -- Back to the Garden: 50th Anniversary Experience, which is housed in a hardbound book that includes photos of and essays about the festival. Andy Zax and Steve Woolard coproduced the sets, which were mixed by Brian Kehew. In his essay, Zax points out that “These recordings have suffered a lot of indignities over the years,” including overdubs, manipulative mastering, even re-recording. Zax says that he, Kehew, and mastering engineer Dave Schultz “have attempted to render the performances as transparently as possible.” 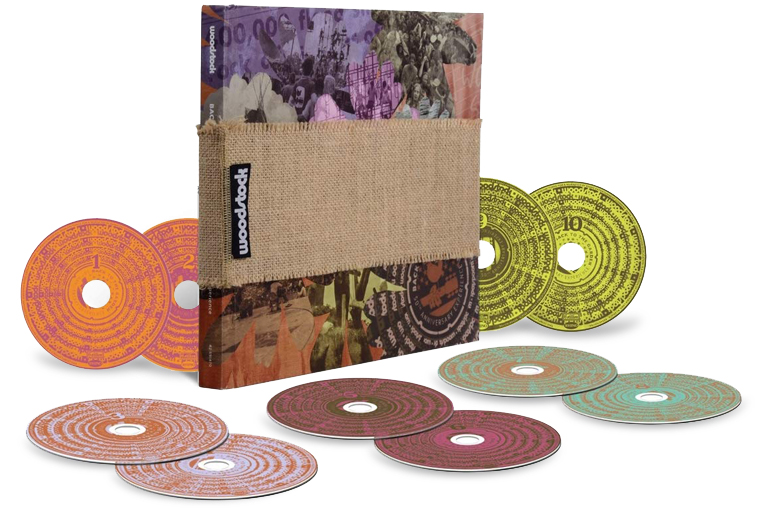 The ten-disc set expands the original performances of the musicians who appeared in the original film and soundtrack albums. Richie Havens sings two songs in the film; here there are three more. His set has a likable spontaneity and looseness -- he was expected to extend his set as the stage manager saw fit, to cover delays caused by late-arriving acts. Arlo Guthrie, Joan Baez, and Country Joe McDonald, with and without the Fish, are also more generously represented, as are musicians already given ample time onscreen: the Who, Ten Years After, Joe Cocker, and Crosby, Stills & Nash. But this time CS&N’s second, electric set is included, in which, for the first time in public, they’re joined by Neil Young.

The new mixes often have a rough-around-the-edges realism that puts me in the middle of the crowd in Bethel, the Festival’s actual location. Electronic buzzes, the sounds of helicopters, off-mike recording anomalies -- they all transport me back 50 years. Some recordings are very revealing. It’s clear, for example, that Arlo Guthrie’s performance of his “Coming Into Los Angeles” was doctored for the film and soundtrack album.

Nor was that the only track to have received a facelift in postproduction. In the film, CSN&Y’s “Wooden Ships” was closer to the original; here it’s slower, looser, a little frayed at the edges, and much better for all those qualities. The Who’s “We’re Not Gonna Take It,” truncated on the original album, is here presented in full. Pete Townsend’s guitar and John Entwistle’s bass have switched channels, and this version is less compressed. Otherwise, it’s the same performance, but while it sounds a bit more cohesive on the soundtrack, the new version crackles with more energy, and Keith Moon’s drums sound livelier. 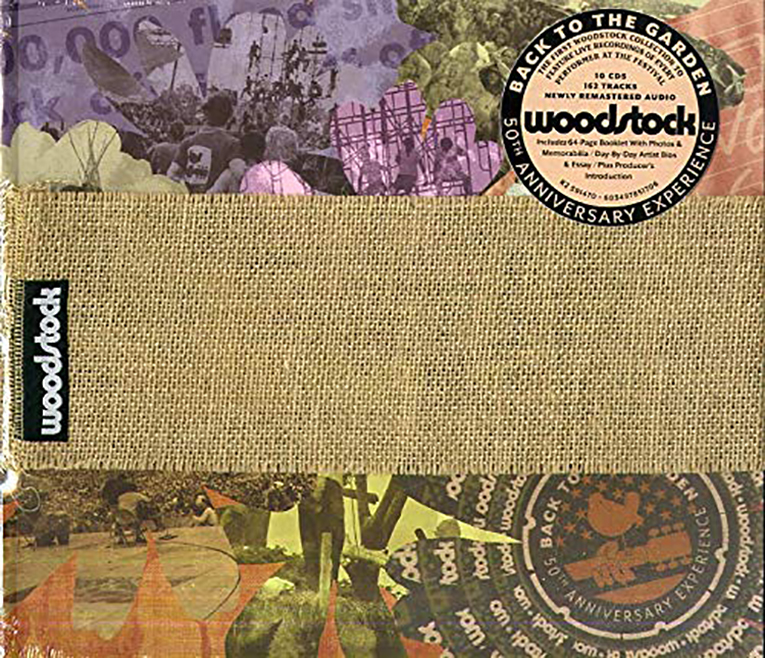 One advantage of the ten-CD set is that it provides generous helpings of bands and singers whose appearances at Woodstock have been all but forgotten. Had they appeared in the film, Sweetwater, Bert Sommer, and Quill might have enjoyed longer, more successful careers. Well-known artists who chose not to be part of the film -- the Band, the Grateful Dead, Creedence Clearwater Revival -- all turned in great sets and are important parts of the festival’s story.

Woodstock -- Back to the Garden: 50th Anniversary Experience reaffirms the power of the performers who made the film’s final cut; it also gives a good measure of the variety and scope of the music presented at the festival. More than 12 hours of music and stage announcements is a lot of listening, but a few hours a day over Woodstock’s anniversary dates will give you a taste of what it was like in Bethel, New York, half a century ago.