It’s tempting to assume jazz organist Dr. Lonnie Smith’s return to Blue Note Records in 2016 with Evolution meant he was enjoying a late-career rebirth. In fact, Smith has recorded steadily and consistently since the mid-1960s, when he was a member of guitarist George Benson’s group. His credits include 29 albums as leader and countless other appearances on recordings by other musicians, including saxophonist Lou Donaldson, a fellow Blue Note alum.

Smith followed Evolution with a terrific live album, All in My Mind, which his trio recorded at the Jazz Standard, New York City, in 2018 on the occasion of Smith’s 75th birthday. Breathe, Smith’s third Blue Note disc since his “return,” includes six more performances from his appearance at the Jazz Standard, augmented by two studio tracks that feature singer Iggy Pop on vocals. 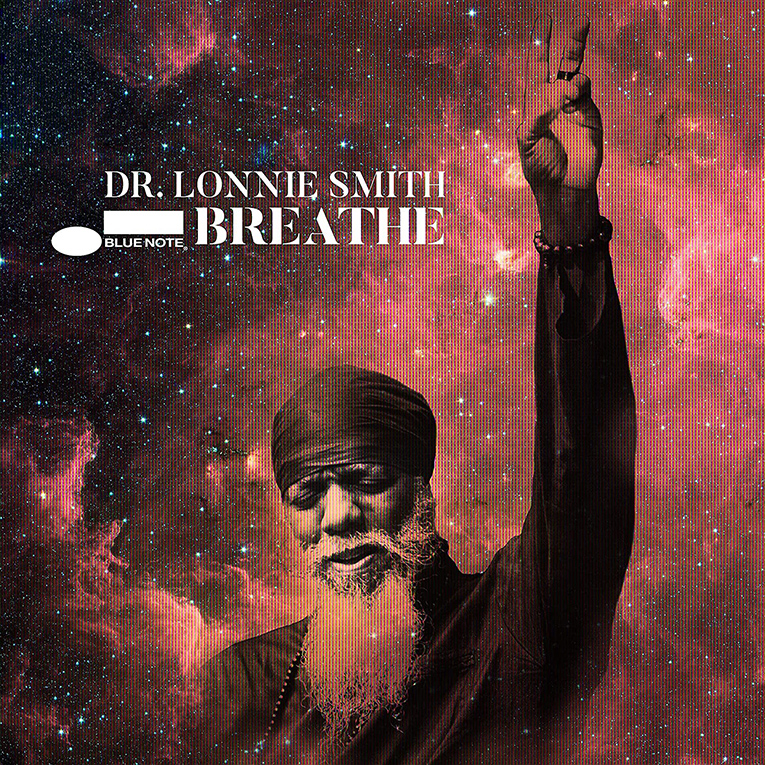 Guitarist Jonathan Kreisberg and drummer Johnathan Blake are the other members of Smith’s trio, and on the two tracks with Pop, Venezuelan percussionist Richard Bravo joins them. Bravo’s congas announce a cover of Timmy Thomas’s 1972 hit “Why Can’t We Live Together.” Pop eases into the song in a world-weary voice that brings the song’s message home forcefully. Smith’s group backs him with a relaxed, soul-filled vibe. Smith’s bass lines on the organ pedals help to keep things simmering, and his solo is a perfect example of how he can be laid-back and still generate heat. “Yeah! Nice,” Pop says, laughing with delight as the song ends.

Smith brought four horn players onstage for a few of the live tracks included on Breathe. John Ellis on tenor sax, Sean Jones on trumpet, Jason Marshall on baritone sax, and Robin Eubanks on trombone make up the septet for these tracks. The larger group arrangement for “Pilgrimage” helps emphasize the song’s old-school gospel roots and gives Alicia Olatuja’s stunning vocal a firm, spirited backing. Kreisberg fires off a lengthy, blues-drenched solo that fully justifies the time Smith has allotted to him.

Smith lets the spotlight shine on the horn players on “Track 9.” He and Kreisberg accompany Ellis, Jones, and Marshall during their electrifying solos and Blake’s brilliant drum work helps Smith’s slice of modern funk keep its momentum. The horns add spice to “Too Damn Hot,” with Smith reeling off several choruses in a burning feature spot that never loses its spark of inspiration.

“World Weeps,” the longest track on Breathe at over 12 minutes, opens at a ballad pace that shifts into double-time during Kreisberg’s extended introductory solo. The tune moves back to the slower ballad tempo when the lead switches to Smith, who also uses changes in tempo and dynamics to build excitement and energy. The communication among the three musicians is so acute that the song’s changes occur seamlessly. Smith uses some keyboard effects on Thelonious Monk’s “Epistrophy,” giving the tune an electronic groove that evokes late-period Miles Davis. 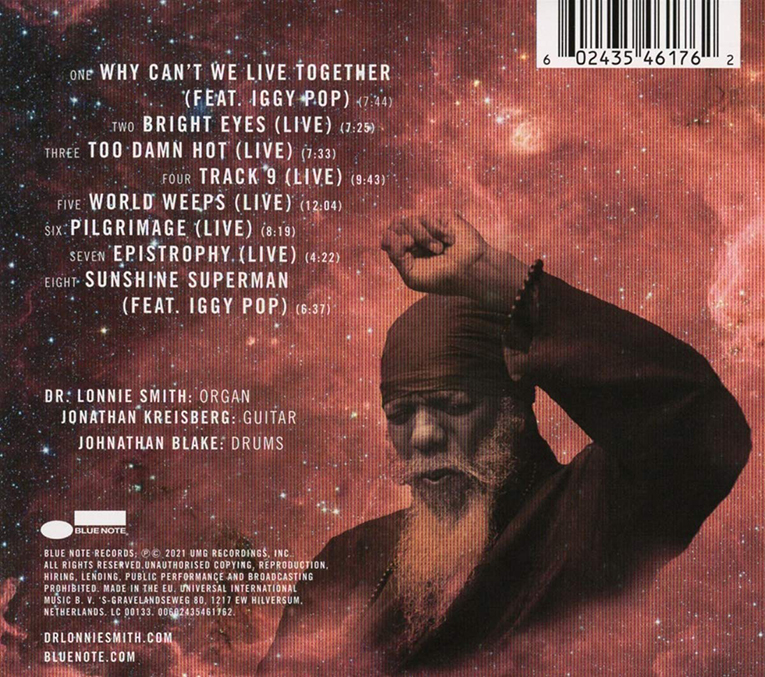 Breathe closes with a soul-jazz take on Donovan’s “Sunshine Superman” that brings back memories of Smith’s late-1960s recordings with Lou Donaldson. Johnathan Blake has clearly listened to those albums and taken Idris Muhammad’s greasy funk drumming as inspiration. Smith has never lost his touch for this kind of jazz, which feeds the brain while filling the dance floor. Iggy Pop’s vocal is the essence of cool, and his exhortations during Smith’s solos are spontaneous and joyful.

The live recordings help convey the atmosphere of the Jazz Standard, which is now, sadly, closed because of revenue lost during the COVID-19 pandemic. The group recorded the studio tracks at The Hit Factory’s Criteria Studios in Miami, Florida. The studio tracks have the same spontaneity and energy as the live recordings and Ian Sefchick’s mastering ensures a smooth transition between the two recording sources.

I hope Smith has a few more good recordings like Breathe in him, and if he wants to include Iggy Pop in them, that would be fine by me. With any luck, producer Don Was will decide a vinyl release is in order.