Sam Burton: "I Can Go With You"

Born and raised in Salt Lake City, singer-songwriter Sam Burton taught himself guitar and played in local bands before relocating to Los Angeles and joining fellow singer-songwriter Jess Williamson’s touring band. He’s clearly kept his ears open to a lot of folk, country, and other pop music styles, and put it to good use when he started writing and recording his own songs. He released some well-received homemade cassettes, gaining a following for his music and a record deal with San Francisco label Tompkins Square. There he met producer Jarvis Taveniere, who is also a member of Woods, a Brooklyn-based folk rock band. Taveniere and Burton co-produced I Can Go With You, Burton’s debut album.

Taveniere provides an uncomplicated bass line for “Nothing Touches Me,” and Kacey Johansing fills out the song with keyboards and a plain but effective snare and bass drum backing. She also sings harmony against Burton’s pure baritone, which he accompanies with softly strummed acoustic guitar. Burton’s voice conveys a hint of melancholy, and the hesitation before the final word in each verse creates a feeling of anticipation and then release. Burton’s easygoing, world-weary voice on the song reminds me of the great Texas country singer Jimmie Dale Gilmore. 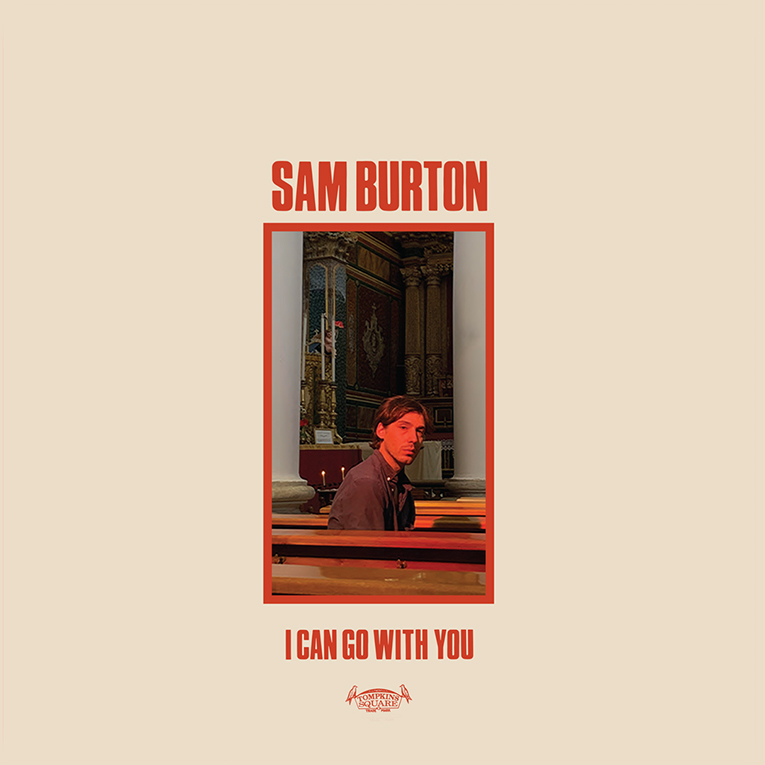 Burton’s guitar plays against Aaron Otheim’s sparkling piano lines on “I Can Go With You,” which carries echoes of Tim Buckley’s early records, especially Goodbye and Hello (1967). Burton confounds you, though, if all you’re content to do is tie him to his influences. “Why Should You Take Me There,” for example, sounds a bit like Morrissey might if he’d begun his career in the mid-1960s, carrying an acoustic guitar around Greenwich Village. Burton has a firm grasp of a range of American musical styles, but freshens them with a young, smart ear.

It’s hard to miss Burton’s obvious admiration for Jimmy Webb on “Further From the Known,” with its evocative pedal steel playing by Tim Ramsey, or on “I Am No Moon,” a song I can imagine Glen Campbell singing on AM radio in 1965. Eliza Bagg’s string arrangement and Otheim’s spare keyboard lines help emphasize the latter song’s romantic tone. Again, Burton is more than the sum of his influences, and his vocal phrasing and the wordplay in his lyrics help keep these songs from being pale copies of Webb’s work.

Burton’s sings with utter sincerity without turning mushy, and his songs bring out his strengths as a vocalist. His melodies are simple but memorable, and his lyrics paint strong images but leave room for some mystery. He conveys heartbreak without self-pity, but I can imagine him singing a full-on weeper in the manner of Roy Orbison. “Wave Goodbye” suggests Burton has heard a few Orbison records, but at his best he builds upon his influences, acknowledging them while moving beyond them. 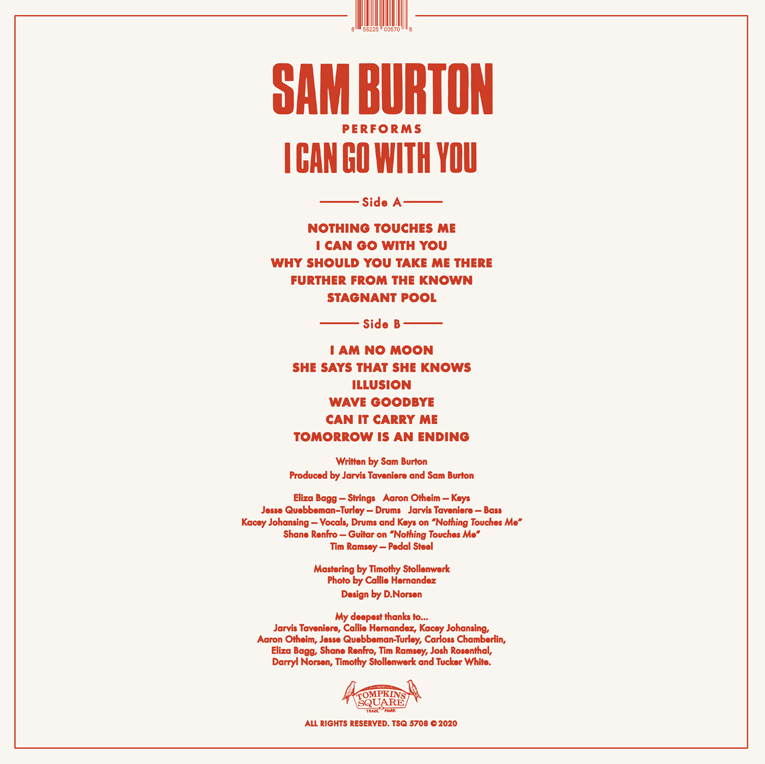 As producers, Taveniere and Burton keep things simple and spare on I Can Go With You. Burton’s voice and acoustic guitar on “Illusion” are accompanied by what sounds like a harmonium, and the instrument’s airy tones reinforce the heartbreak that courses through the song. Jesse Quebbeman-Turley’s drumming on the album seems almost rudimentary at times, but is all the more effective because of its refusal to call attention to itself. Even the string arrangement on “I Am No Moon” stays out of Burton’s way, even as it broadens the song’s scope.

The recording on I Can Go With You is wonderfully spacious and clear, letting small details, such as a faint shaker in “Nothing Touches Me,” come through to catch your ear. Burton’s voice has just the right amount of reverb, and instruments sound realistic and warm. The sound is as organic as the songs. I’m already anticipating Burton’s second record and hoping he reaches a large audience. I’m also hoping he remains true to the purity of sound and honesty he’s shown us on I Can Go With You.