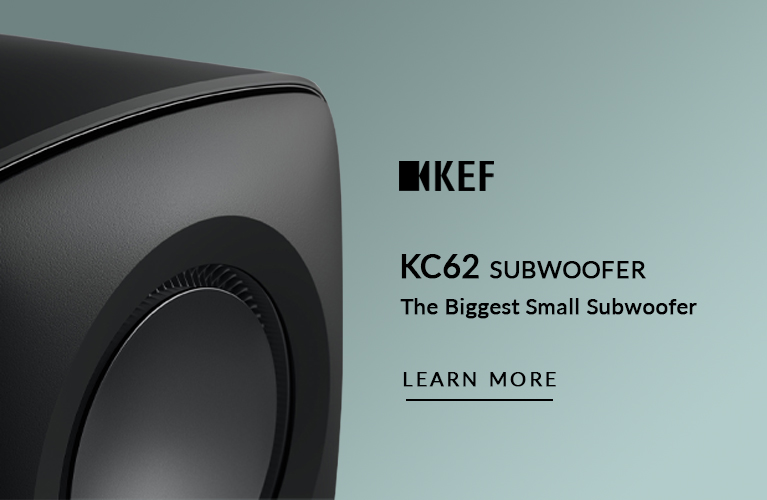 I read your article about the KEF Q750 speakers with great interest. Since you claimed that you have listened to many KEF models over the years, I was curious if you have also heard the Q950 as well as the R900. Here in Germany the R900 costs double the price of the Q950 and I was wondering which one you prefer and if the R900 is worth the extra money.

What made me especially curious about a comparison of the R900 with the Q950 is the fact that they seem similar but have very different approaches. While the R900 has a D’Appolito assembly, the Q950 takes a conventional two-and-a-half-way approach with only one bass driver driven (the other two fulfill the same job as a port). Also, the Q950 has a lot larger coax driver -- 8” [in diameter] compared to the 5” [diameter] of the R900. Some people said that the R700 has a smoother transition between its drivers, especially if you are standing off center, than the R900 due to the wider baffle. I was wondering if KEF tried (and managed) to tackle that problem with a bigger coax driver (or what the reason is for using such a big driver). Also, the R900 has no separate enclosure for the coax, while the Q950 has.

Good questions. I previously owned the R900, and my brother and fellow SoundStage! reviewer, Erich Wetzel, currently owns a pair, so I’m intimately familiar with the design. I can’t say the same for the Q950, but KEF is usually pretty good about maintaining the “voicing” of their speakers across a given product line, so it’s probably safe to assume that the Q950 sounds very similar to the smaller Q750, which I reviewed, albeit with greater bass extension and greater output abilities due to its larger woofer, passive radiators, and cabinet.

Regarding the R900, it does not use a D’Appolito arrangement, as its single midrange cone -- part of KEF’s coaxial Uni-Q, which also incorporates a tweeter in the center of the cone -- sits in between two woofers, as opposed to a traditional D’Appolito setup, which relies on a pair of separate midranges (or midrange-woofers) sandwiching a tweeter. Aside from its coaxial tweeter-midrange drive unit, the R900 is a fairly traditional, ported three-way design. Most of KEF’s three-way loudspeakers, like the R900, use a Uni-Q that is around 5” in diameter. The differences seen in the Q750 and Q950 have more to do with price and design than anything else. As two-and-a-half-way loudspeakers, the Uni-Q in the Q towers is responsible for both midrange and bass frequencies, and KEF has tailored the cabinet, vis-à-vis the separate internal enclosure for the Uni-Q, to balance midrange clarity, bass output, and bass control. Likewise, the use of passive radiators is a function of maximizing bass output and control on a budget. It’s telling that none of KEF’s more expensive loudspeaker designs make use of passive radiators. I am guessing that KEF chose to make the Uni-Q, woofer, and passive radiators in each of their Q towers the same diameter to allow for uniform dispersion and wave-launch behavior.

Is the R900 worth the premium? It depends on what you value. The real-wood veneer on the R900 makes it look far better, in my humble opinion, than the cheaper-looking vinyl veneer on the more affordable Q950. The R900, like the rest of the R models, is also available in high-gloss finishes, but none of the Qs are. With the R900, you’re also getting a true three-way design, with a Uni-Q driver unencumbered by low-frequency responsibilities, and a pair of dedicated 8” woofers per cabinet. In a large room, where visual appeal, super high output, and maximum bass extension are required, the R900 is definitely worth the premium. But if you’re flexible on each of those points, I suspect that the Q950 will offer a very high proportion of the R900’s performance for less than half the cost. I can say with authority that the Q750 is fantastic for $1500 USD/pair. . . . Hans Wetzel